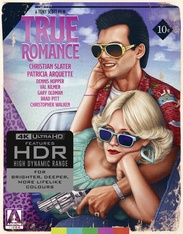 In 1993, action movie supremo Tony Scott teamed up with a hot new screenwriter named Quentin Tarantino to bring True Romance to the screen, one of the most beloved and widely-quoted films of the decade.