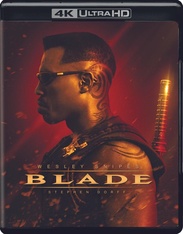 Wesley Snipes, Stephen Dorff and Kris Kristofferson star in this blood-chilling thriller about an action hero who uses his awesome powers and razor-sharp weaponry to hunt down the most ruthless killers the world has ever known.