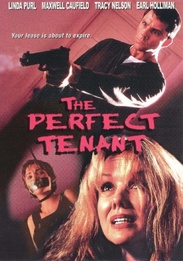 Twenty years ago, David Summer found his father hanging from the rafters on Christmas Eve. Ever since that night he has been plotting revenge. When Bryan Hartwell moves into Jessica Michael's guest house, she has no idea that her new tenant has a deadly agenda to go with his new identity. Her daughter Laura doesn't trust him from the beginning but can't convince her mother that there's more to him than meets the eye.