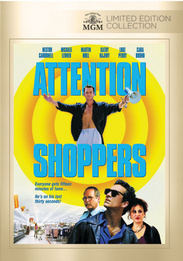 Sitcom sensation Enrique Suarez (Carbonell) is a hot-blooded dreamboat who loves to dazzle the ladies! So when he makes a celebrity appearance at a K-Mart, heâs more than ready to greet a bevy of screaming girls! But when rival soap star Mark Pinnaforte (Perry) arrives at a store across town, Enriqueâs fans flock to the new teen idol! Now, the only crowd Enrique can draw is a cast of characters so kooky, heâll want to hand out restraining orders instead of autographs!