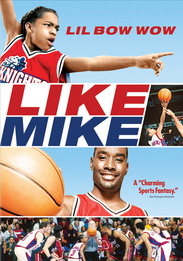 Young Hollywood orphan, Calvin (Lil' Bow Wow) has two dreams: a family to call his own and to play in the NBA. When a pair of shoes once worn by Michael Jordan are donated to the orphanage, his dreams come true. Cameos by several NBA players.