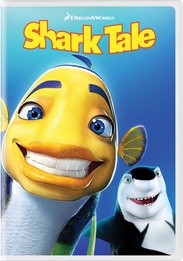 A brash, young fish looks to take the elevator to wealth and fame by concocting a story about how he killed a shark. Now, he's the defender of the reef and things are going along well until the family of sharks comes to collect retribution for their fallen comrade.

Rated PG for some mild language and crude humor.