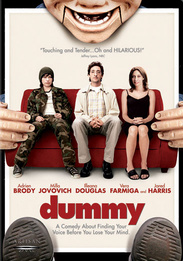 Adrien Brody stars in this delightful romantic comedy as Steven, a lovable loser who finds his inner voice by becoming a ventriloquist. Supported by an old friend and a new love, Steven learns it's never too late to believe in yourself if someone believes in you.