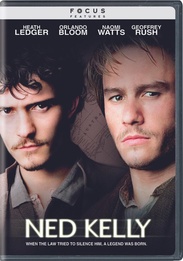 Ned Kelly is an epic story of one man's struggle against corrupt lawmen to fight the oppression of his people and avenge his family's name.

In the process he becomes the most wanted man the world had ever known - and a legendary hero.