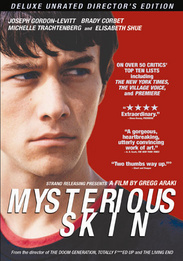 At the age of eight, Kansas youngsters Neil and Brian played on the same little league baseball team. Now, ten years later, the two boys couldn't be more different. Neil is a charismatic but emotionally aloof male hustler while Brian is a nervous introvert obsessed with the idea that he has been abducted by a UFO. When the boys parallel lives inevitably intersect, the pair unearth dark, repressed secrets on a harrowing and unforgettable journey of self discovery.