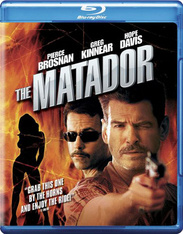 When a traveling salesman, Danny Wright, accidentally meets up with Julian Noble, a hit man, at a Mexico City bar, their subsequent evening together intertwines their lives in an unexpected, but lasting bond.