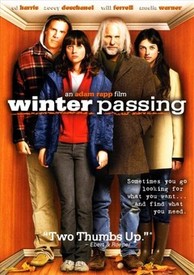 Actress Reese Holden (Deschanel) has been offered a small fortune by a book editor if she can secure for publication the love letters that her father (Harris), a reclusive novelist, wrote to her mother, who has since passed away.

Returning to Michigan, Reese finds that an ex-grad student (Warner) and a would-be musician (Ferrell) have moved in with her father, who cares more about his new friends than he does about his own health and well-being.

Rated R for language, some drug use and sexuality.