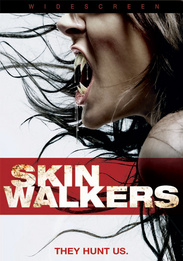 Two packs of werewolves, one that lives to hunt and kill and the other that lives in peace with society, are signaled by the moon of the coming of an ancient prophecy.

A 13-year-old-boy -- half wolf, half human -- will control the destiny of the species triggering an all-out war between the two packs as the boy's life hangs in the balance.

Rated PG-13 for intense sequences of violence and action, some sexual material and language.