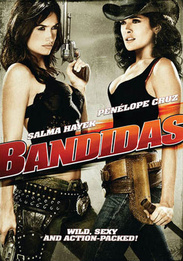 Salma Hayek and Penelope Cruz have never been sexier as they team up for this hilarious, action-packed western! Determined to avenge the deaths of their fathers, Sara Sandoval (Hayek) and Maria Alvarez (Cruz) vow to seize the ill-gotten gains of robber baron Tyler Jackson (Dwight Yoakam).

So, with help from a retired bank robber (Sam Shepard) and a jittery criminologist (Steve Zahn), these two beauties become unlikely outlaws, blazing a trail of larceny and laughter across Mexico!