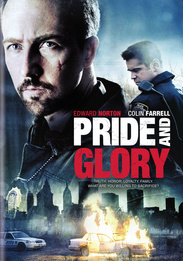 A gritty and emotional portrait of the New York City Police Department, the film follows a multi-generational police family whose moral code is tested when one of two sons on the force investigates an incendiary case involving his older brother and brother-in-law. The case forces the family to choose between their loyalties to one another and their loyalties to the department.