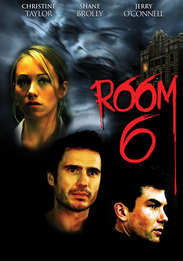 Christine Taylor stars as Amy, a young schoolteacher with a lifelong fear of hospitals. But when her boyfriend is injured in a car crash and taken to a hospital that no longer exists, Amy and a concerned stranger enter a nightmare where demons walk among us, hallucinations run rampant, and sultry nurses engage in lesbian blood rites.

What is the shocking secret of St. Rosemary