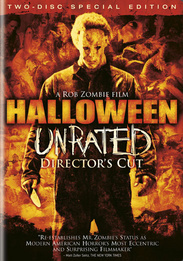 The residents of Haddonfield don't know it yet, but death is coming to their sleepy small town. Sixteen years ago, a young boy named Michael Myers brutally killed his stepfather, his elder sister and her boyfriend. Now, he's escaped from the mental institution and makes his way back to his hometown intent on continuing his murderous rampage.