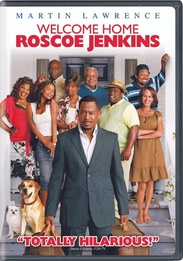 Martin Lawrence leads an all-star cast, including Cedric the Entertainer, Mo'Nique, and Mike Epps, in the hit comedy Welcome Home Roscoe Jenkins. When a celebrated TV show host (Lawrence) returns to his hometown in the South, his family is there to remind him that going home is no vacation! It's one outrageous predicament after another when big-city attitude and small-town values collide in this hysterical comedy critics are praising for its "over-the-top hilarity!" (Roger Moore, Orlando Sentinel)

Rated PG-13 for crude and sexual content, language and some drug references.