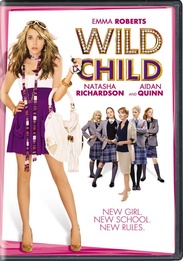 Sixteen-year-old Poppy (Emma Roberts) is an LA teen diva who does what she wants, whenever she wants. But after an over-the-top prank pushes her father one step too far, she finds herself shipped off to the one place where everything will change: a British boarding school. No cell phones, no designer clothesno way. Desperate to break free, she sets in motion the ultimate escape plan involving the head mistress son  only to discover that this could be the reason she wants to stay. Co-starring Natasha Richardson, Aidan Quinn and Nick Frost, its the fun and fabulous comedy thats LOL!

Rated PG-13 for some coarse and suggestive content, sex references and language - all involving teens.