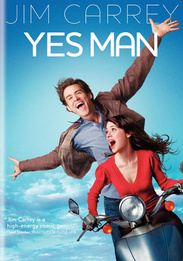 Jim Carrey stars as Carl Allen, a man who signs up for a self-help program based on one simple principle: say yes to everything...and anything. At first, unleashing the power of âyesâ transforms Carlâs life in amazing and unexpected ways, but he soon discovers that opening up his life to endless possibilities can have its drawbacks.