Here are some notable releases just announced for release on DVD. Click on each for more information and to sign up for a DVD release reminder. We'll send you an email when the title you're interested in is released. (It's free!)

Joss Whedon's sci-fi masterpiece Serenity is getting a second spin as a special edition. Coming Aug. 21, Serenity: Collector's Edition is a two-disc set containing over 60 minutes of all-new special features including never-before-seen footage. 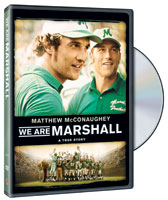 Warner Bros. is finally readying the release of We Are Marshall for Sept. 18. The Matthew McConaughey sports drama was held to timing with the fall football season. Both widescreen and full-screen DVD formats will be single-disc, bare-bones releases. The movie will also be available on the same date in HD-DVD and Blu-ray formats.

New Line will release the sci-fi family film The Last Mimzy on July 10. This DVD, available in either widescreen or full-screen, will be the full Infinifilm (New Line's special edition brand) treatment with deleted scenes and featurettes. It will also contain a free movie ticket to see this summer's Hairspray musical comedy. 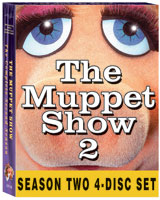 Muppet fans rejoice! Season two of The Muppet Show is finally scheduled for release on DVD. The season second of the variety show comes to DVD on Aug. 7 as a four-disc set with all 24 episodes fully restored and remastered. The first season was released way back in 2005.

Also in TV-on-DVD, Paramount is bringing out of the vaults the first season of The Fugitive on Aug. 14. This Season 1, Volume 1 release is the original, 1963 black-and-white series starring David Janssen that inspired the hit 1993 movie.

Finally, proving that old TV shows never dieeven one-season wonders, Universal is bringing out Voyagers! The Complete Series. If you blinked, you probably missed this time-traveling adventure that aired on NBC in 1982-83. You can catch up with all 20 episodes on July 17.

We'll have more new DVD release information for you next week as we hope to make this a regular feature. Stay tuned!