Trailer for 'Bridesmaids' is quite engaging 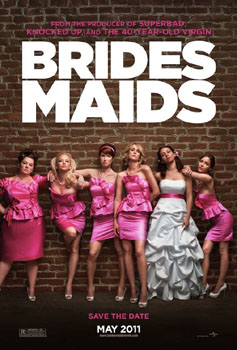 You'll have to forgive us for that terrible pun in the headline, but let's face it, there seems to be a new "bride" movie every year. Don't believe us? Try this list on for size.

Bride Wars
Made of Honor
27 Dresses
My Best Friend's Wedding
My Best Friend's Girl
Wedding Crashers
The Wedding Planner
Monster-In-Law
American Wedding
Good Luck Chuck (how many of these can Dane Cook star in?)
The Proposal
The In-Laws
And don't forget the entire Fockers franchise.

And that's just the last decade or so. Suffice to say, the wedding business is booming in Hollywood. And then came The Hangover which focused more on the chauvinistic antics of a group of guys partying as if their lives depended on it over the course of one night in Vegas.

Bridesmaids looks like the female answer to The Hangover if the new trailer is any indication of what the rest of the movie holds. We love Kristen Wiig and this movie looks to be her shot to break out of the supporting role and carry a movie all by herself.

Produced by Judd Apatow, you know that the movie has the comic chops to deliver and it seems from this first look that the movie lives up to the hype of its predecessors.

Bridesmaids hits theaters on May 13. Click on the image below to see the trailer and let us know what you think. 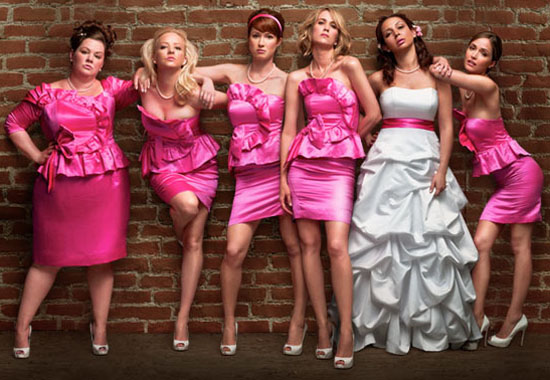