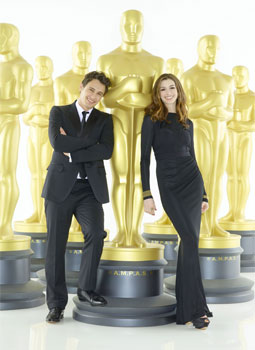 The annual Academy Awards are a fun way to celebrate a great year in film. No matter how hard the producers try, the telecast never lives up to expectations as people find fault in nearly all aspects of the event.

That's where we step in to give you more Oscar enjoyment. We've perused the official photo collection to bring you a dozen moments you most likely missed.

These are little moments you probably missed while watching the show at home on your couch. In fact, these are probably moments those in attendance missed too.

And now we present the top 12. Hopefully we did a better job poking fun at film's best than Anne and James. 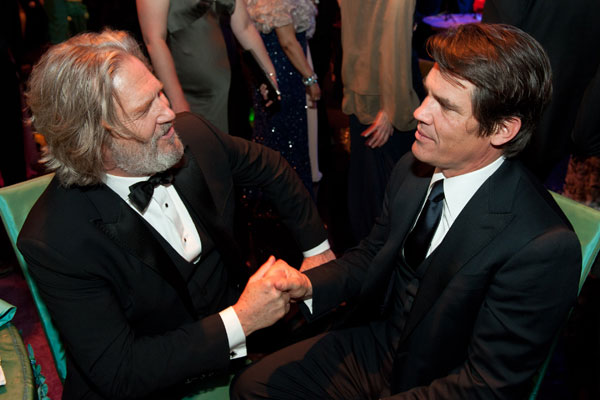 11. Pixar's John Lasseter got bored during the Original Song performances so he decided to play "Angry Birds" on his iPad. 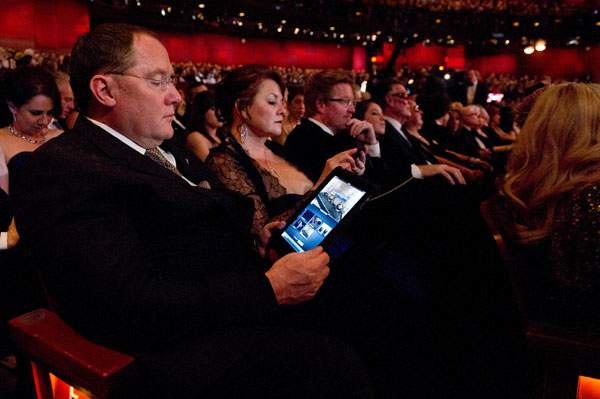 10. This winner poses for a photo which will become his Christmas card for the next 10 years. 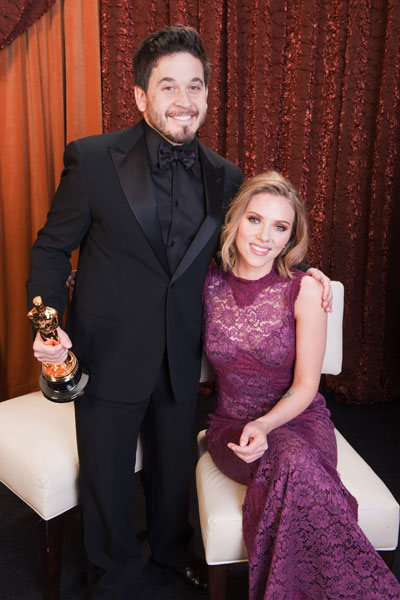 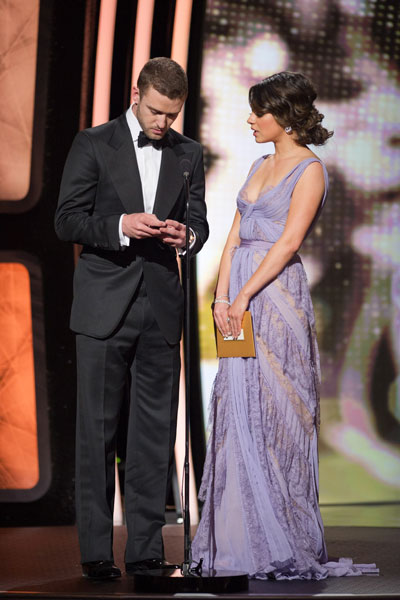 8. The Alice in Wonderland winner for art direction made a hat for his trophy. Alas, the little hat ended up on top of something else after a few drinks. 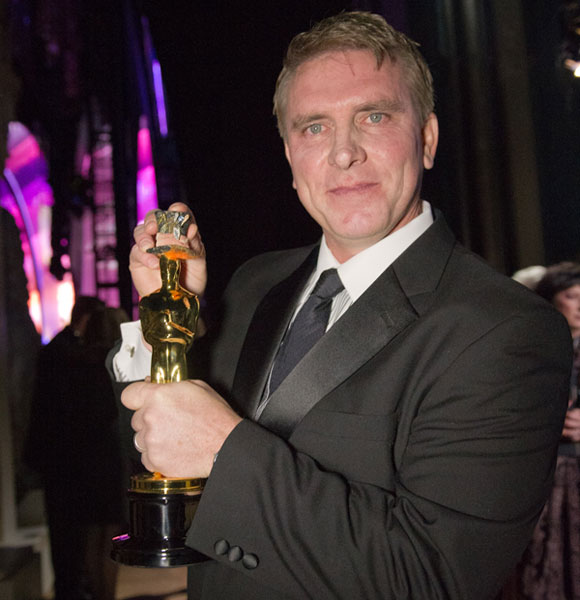 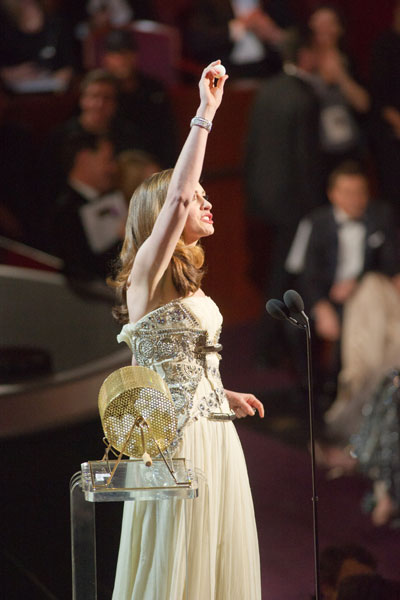 6. Presenters Amy Adams and Jake Gyllenhaal get stuck in the hair of this winner. 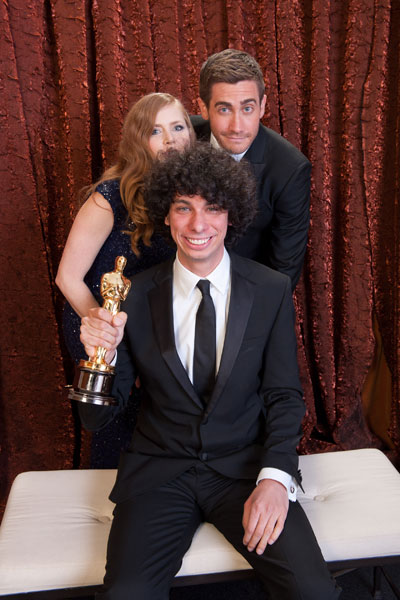 5. This is the exact moment during the event when host James Franco lost his pre-show buzz. 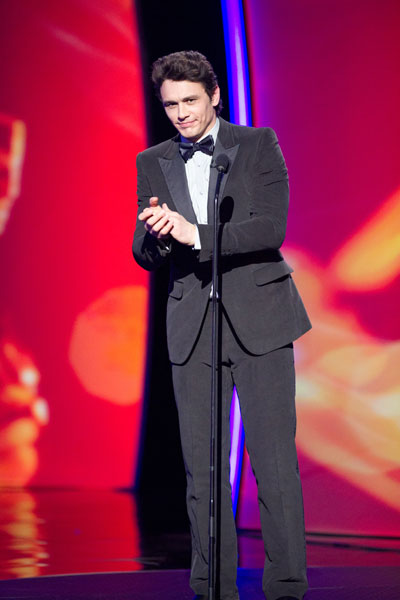 4. Short on presenters, two of the event's valets get to present the award for Best Director. 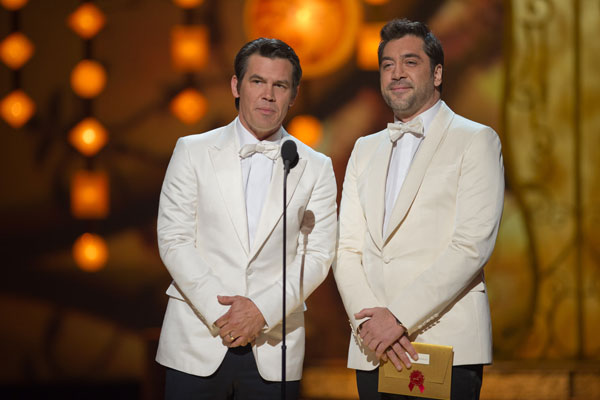 3. The Academy pays honor to last year's winner Up by bringing out live-action versions of two of its characters.

2. Winner Aaron Sorkin brings in his Oscar statuette for a much needed tune-up. 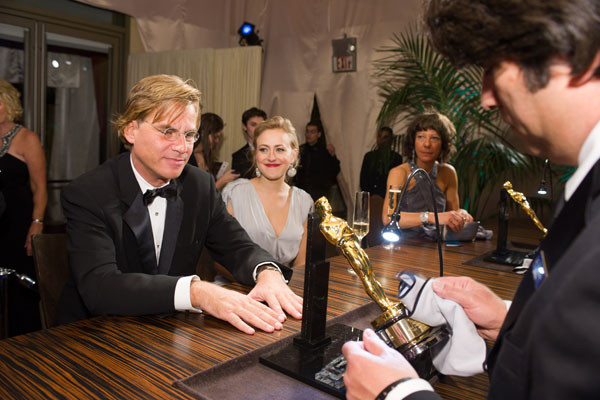 1. Best Supporting Actress winner Melissa Leo closes the barn door after the f-ing horse gets out. 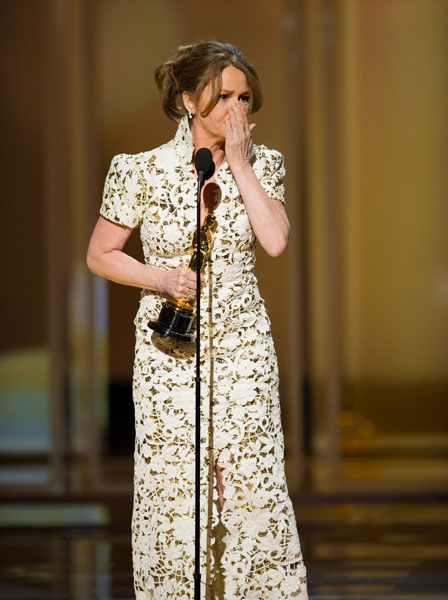