Bummer Preview: Upcoming movies no one wants to see 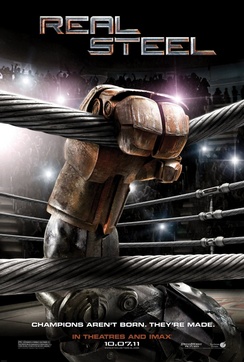 Summer isn't just that time of the year when the mercury rises in the thermometer, our anticipation rises as well as Hollywood brings out all of their high-demand, tent-pole pictures to satiate our demand for popcorn flicks.

With all the fervor for Super 8 and Harry Potter, we wondered about those movies on the other end of the spectrum. You know, those movies that elicit a chuckle the moment that you hear about them and then complete befuddlement when you actually see them show up in your local megaplex.

We can generally agree on what movies will perform well, but it takes a real skilled eye to muster up a list of movies that just don't pass the smell test. At this murky end of the Hollywood pool, there aren't any hard and fast rules which means that we tapped into our combined industry experience to pick these "gems."

Like any good list, we hope that it stimulates some debate as well as omissions that we may have missed. As always, feel free to let us know how we did. For now, sit back and enjoy our list of upcoming movies that no one wants to see.

A few years ago, Universal inked a deal with Hasbro for the rights to develop a few of the board game properties into feature films. I could have chosen any of the other movies in this spot as movies based on Battleship, Ouija or Monopoly are just as silly as a movie based on an enchanted land of candy.

Actually, if Candy Land were being developed in the Rankin/Bass style of stop animation, I might be intrigued, but it seems that Universal has other thoughts. They've recently hired the writers from the Kung Fu Panda films to adapt the game into a movie.

If the results of Kung Fu Panda are any indication, I hope this movie dies a swift death in development hell. Can't we all agree that movies based on board games are silly?

The last time I even cared enough to notice this upcoming property Steve Oedekerk was attached to write and direct and Taylor Lautner was being sought in the lead role. Given that I haven't heard anything about this film for at least a year, I can hope that maybe someone finally came to their senses on this terrible idea.

Stretch Armstrong wasn't enjoyable as a toy and don't even get me started on the extended universe of characters such as evil brother Evil X-ray Wretch Armstrong and lovable canine sidekick Fetch Armstrong (man, I wish I were making that up).

Needless to say, I really can't fathom seeing this drivel up on the big screen. Which only means that some studio will fast-track it and make it 3D so as to maximize profits. SIGH.

If you're a fan of the old TV show (I can't believe I just called it old) In Living Color, then you're no stranger to Sheneneh Jenkins and Ugly Wanda. The two characters, played by Martin Lawrence and Jamie Foxx respectively, made waves at the 2009 BET Awards.

That show, hosted by Foxx, included a spoof movie trailer for a movie called Skank Robbers that you can see below.

Obviously, the spoof was meant to poke fun at the success of Tyler Perry and his Madea series of films. Unfortunately, Twentieth Century Fox looked at the buzz the viral video created and thought it might be a good idea to actually create Skank Robbers.

So, it seems that Martin Lawrence and Jamie Foxx will be joined by none other than Halle Berry in a full-length version of a cross between Set It Off and every Madea movie ever made. I'm just surprised that they haven't signed Eddie Murphy up yet for a role.

I know that there's probably a horde of you that actually enjoyed the original TV show that this movie is based on, but I'm willing to bet that this movie won't even come close to the show that helped to launch Johnny Depp to stardom. And to be honest, it wasn't that great of show anyhow, Richard Grieco anyone?

Didn't Hollywood learn its lesson about remaking old TV shows for a new generation with Starsky & Hutch? I guess not.

This has mega bomb written all over it, despite a rumored cameo from Depp himself in the big screen version.

If I didn't live in the South, I would be chastising the reality of there actually being places in America where kids aren't allowed to dance. However, I live in Nashville, the belt-buckle of the Bible Belt as it were, and let me tell you that I believe this movie could actually be done as a documentary in many small towns down here in the dirty South.

Just because it can be done, doesn't mean that it should be done however. Is there anyone, besides Julianne Hough's mother, actually looking forward this movie's upcoming release?

Perhaps this is the studio's grand plan. By killing off Blockbuster and independent video stores, consumers won't have the luxury of getting their catalog fix whenever they feel the need and will eventually forget that these original movies were ever made, thus allowing remakes to be made every decade or so.

Seriously, has anyone ever found Kevin James to be funny? To me, he is the acting equivalent of nails on a chalkboard. It's gotten so bad now that I actually go out of my way to avoid watching even the trailers for his movies.

If you don't believe me, check out this clip where the experts break it down for you.

Needless to say, I will be avoiding Here Comes the Boom like the plague.

Seth MacFarlane has secured the rights to remake The Flintstones as an animated TV series. Of course, the first question you have to ask is, why? I mean is there anything wrong with the original TV series? Was the prehistoric look not prehistoric looking enough?

Now granted, if anyone can tackle this inane project and succeed, it's Seth who has something of a golden touch when it comes to animated TV series these days, but he also specifically negotiated the rights to create a full-length feature film based on the new TV series.

I guess I'm just not the target demo for these Chipmunk movies, but do we really need three of them? The only thing the first two had going for them was the inclusion of Jason Lee as David Seville, but even he had the wisdom to get out while the getting was good.

Of course, I just did some research and realized that both Chipmunk movies grossed over $200 million at the box office, but I still have a feeling that this one is due for a massive nose-dive, who's with me?

Some days I really wonder if Hollywood is just phoning it in. Someone actually took the pitch "it's like a live action Rock 'Em, Sock 'Em Robots" and put up a boatload of money to make that movie.

I know there are people that are calling the Rocky of our generation, but I call B.S. on that. Rocky was a story that put a human face to the machine that was the boxing world and this movie seems like the opposite of that.

I'm sure it'll do well at the box office, but I, for one, will not be spending my hard-earned money to see it.

To me, this movie smell a lot like the cash grab that was the Justin Bieber movie. While Never Say Never proved to be a box office success bringing in $72 million at the box office, I'm willing to bet that this Glee Film will surpass it.

Tim heard this and immediately accepted my bet. And in a wonderful twist of irony, the loser has to watch both of these movies as part of a double feature. Come on Glee fans, don't let me down!