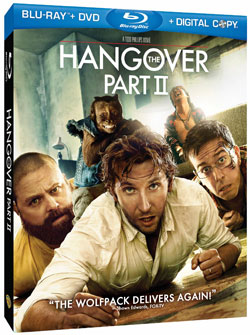 The wolfpack is back! The outlandish sequel to one of the funniest movies that I've seen in recent years will make its DVD and Blu-ray debut on December 6.

The Hangover Part II will be available on DVD with a suggested retail price of $28.98, while the DVD/Blu-ray combo pack will carry a $35.99 SRP.

While I didn't think that The Hangover Part II reached the originality of the first movie, it certainly pushed the envelope of the genre and made for an entertaining film. Of course, the real meat of this announcement is the bonus features and Warner Bros. did give us a tease of what we can expect to see on the DVD and Blu-ray.

What wasn't spelled out, but teased on the sell sheet is the "never-before-seen footage." I would imagine that there would be a plethora of deleted and extended scenes included, so I would take the above list of special features as a partial list only. 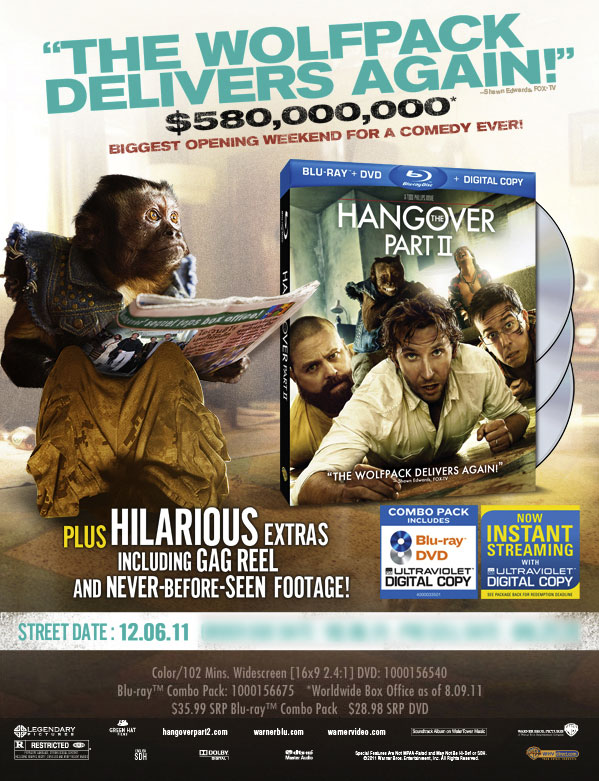