Our 2012 top box office pick 'Rises' above all the rest 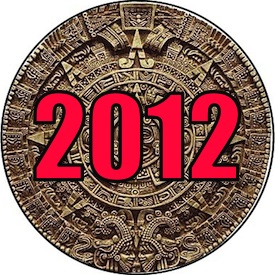 This year is certain to be one to remember. If for no other reason, 2012 will either be the year in which a great race of people were vindicated or mocked as the original Harold Camping.

While Tim and I usually agree on a lot of things, one thing we can't come to agreement on is this year's business at the box office. Tim thinks that 2012 will continue in the path of its predecessor and box office receipts will slide even further. I, on the other hand, firmly believe that the box office will roar back in 2012 to reach new heights.

But, that's a story for another day.

In the meantime, what we do agree on (mostly) is the order of the top movies at the 2012 box office. I think it's safe to say that The Dark Knight Rises will easily ascend to the top spot, unless there is an epic backlash against the successful franchise.

But, that too is a story for another day.

While our past is pretty checkered at predicting the box office champs, we did nail 2011's Harry Potter and the Deathly Hallows: Part 2 as the top movie last year. Not only that, but if check our work we actually did quite well in nailing the movies in the top 15 and got most of the order correct to boot.

Sure, we were a bit overzealous in our prediction for Cowboys & Aliens and we whiffed completely at Fast Five - or at least I did. I have to admit that the numbers speak for themselves and Tim whipped my butt both in terms of placing the movies in the top 15 and their eventual box office.

But, I'm not going to let my past shortcomings stand in the way of greatness. I'm back and naturally so is Tim and together we know that our 2012 list will be the best yet.

This year, we are actually closer in agreement on the top 15 movies, even if we are far apart in terms of individual achievement. For instance, I'm pretty sure that The Dark Knight Rises will easily cross the $400 million threshold, while Tim thinks it will struggle to top $350 million.

I would say that our biggest disagreement comes in the form of one of this Summer's biggest Sci-Fi movies Prometheus. I'm clearly drinking the Ridley Scott Kool-Aid thinking that it will do $260 million and land in the top 10, while Tim is far more conservative with a $149 million figure and not even sniffing the top 10.

Tim is also not sold on The Hobbit: An Unexpected Journey, but I think it will do business on par, if not more than, with the The Lord of the Rings films. Remember, those films easily surpassed $300 million with each successive film outdoing the previous one. So, I think Tim's estimate of $187 million is definitely a bit out of whack.

But the good news is that time will be the ultimate judge when we come back a year from now and see who was right. That assumes of course that the Mayans weren't right. If they were, well then I guess this little exercise is meaningless.

Thankfully, I'm an optimist, so check our out box office predictions and let us know whose list you agree with more.

One disclaimer: Tim and I both decided to ignore the 3D re-releases this year (namely Star Wars: Episode I - The Phantom Menace and Titanic). Ultimately, we want to make this list be about new movies coming to theaters and to be honest, we are both quite unsure how much business these re-releases will amount to.