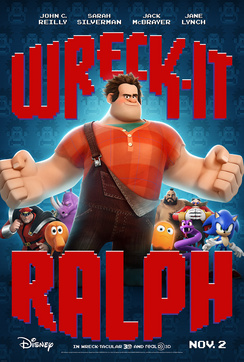 It's the final stretch as it were and after tomorrow, we can put away all those vile political ads for another four years. Tim has a good philosophy that we like to follow around here on the site and that is, it's never good to discuss politics and religion, because they're not as fun as movies.

I couldn't agree with him more. I will only say one thing and that's to make sure to go out and exercise your right to vote no matter how you feel. We live in a great country and to not vote would be the greatest travesty of all.

Ok, so now that I've alienated all of our non-American and under the age of 18 followers, let's get to the exciting happenings of the last 72 hours or so. Believe it or not there were a few interesting trailers to make their way on air in-between all of the mud-slinging as well as a spate of celebrity gossip.

It must be November. Sit back and enjoy the MMM.

In the aftermath of Hurricane Sandy and the utter distruction left in its wake, this weekend's box office prognostications were all over the map. Would East Coast megaplexes even have power, let alone any customers willing to spend time away from the cleanup?

The answer to both questions was a resounding yes. Over the years, the entertainment industry has shown itself to be a rather resilient one in the wake of catastrophes and economic downturns because of the escapism that films provide.

This weekend, audiences escaped from weather catastrophes and political storms into the waiting arms of a loveable oaf named Wreck-It Ralph. The film based on a character from a coin-operated arcade game aspiring to be more than just another bad guy reached beyond its intended family-friendly audiences to middle-aged geeks everywhere who grew up on game similar to Wreck-It Ralph.

Wreck-It Ralph cleaned up at the box office taking in $49.1 million which is a record for Disney Animation and clearly establishes itself as a nice little companion for Pixar, which Disney also owns.

In second place, Denzel Washington proves that he's still relevant at the box office with a $25 million opening for Flight. It was Denzel's highest opening in many years and it should help him get a boost for awards season recognition in the role that some are calling his best dramatic work in years.

Argo had another great weekend with its third place finish and looks to surpass $100 million. Not only is the box office performance going to end up about twice as much as internal Warner Bros. pre-release estimates, but the film should enjoy a nice Oscar and Golden Globe bounce that will only help it as it will most likely find its way onto home entertainment just after they are given out.

The Man with the Iron Fists was the other newcomer this weekend and its $8.2 million opening was right on par with insider projections on Friday. RZA's homage to kung fu given Quentin Tarantino's blessing is a film with a limited audience that probably got hurt in the ad crunch of a heavily contested political season. No worries though as Universal will turn a nice little profit on it when it hits home entertainment next year.

Because the word "retirement" means about the same for Steven Soderbergh as it does for Kevin Smith, Soderbergh's first look at his "last" movie Side Effects is quite intriguing. In today's world there seems to be a rush to give everything away instead of building awareness through intrigue.

For Side Effects this is clearly not the case. In fact, I'm not sure what is even going on, but I do know that I'm intrigued and want to see more. I'm sure the state of confusion the trailer elicits is akin to the states of confusion that exist in the movie for the characters when a new drug has a very real and very fatal consequence.

As with any Soderbergh film, the cast is top notch and it looks as though top-liners Rooney Mara and Jude Law will have plenty of scenery to chew up in this thriller. Given that this is Mara's big screen follow-up to The Girl with the Dragon Tattoo, it would appear that she's chosen a much more mainstream role, but one with perhaps an edge that she should knock out of the park.

Side Effects is set for a February 8, 2013 release. The trailer is presented below from Yahoo! Movies.

After tweeting their nuptials to the world last week, Evan Rachel Wood and new husband Jamie Bell took to the social media site last night to pass along some less happy news.

Dude!! @1jamiebell and i just got robbed!! Found our room ransacked. We are safe and have everything we need. So all is well. #damn

I dig the work that both of these stars have turned out in their young careers and despite what they say about young love, I'm cheering for these two love birds to make it. It sucks that their hotel room got tossed on their honeymoon, but just think what a great story it will make when they tweet it out for the 50th anniversary.

Master of the House

I'm pretty sure that everyone knows by now how excited I am about the upcoming film Les Miserables. You can go ahead and multiply that glee by 100.

Over the weekend, Universal released a few character couple posters and one of them features the first look that I've seen of musical favorites Monsieur and Madame Thenardier. Played by Sacha Baron Cohen and Helena Bonham Carter respectively, the pair usually brings down the house by injecting a bit of levity into the very serious story.

In particular, their duet "Master of the House" should be quite interesting in the context of the film. It's always a lot harder to deal with tonal shifts in films and this is certainly one that follows the first significant sad moment of the story. I have faith in these actors though as long as Sacha Baron Cohen is able to play within the character and not go overboard as he is wont to do.

In the other poster, lovebirds Marius and Cosette share a moment while the gate keeps them separate. At different ends of the spectrum, these two posters convey a lot about what we can expect from the film. 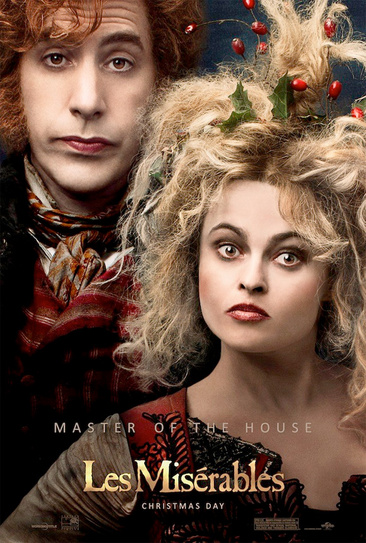 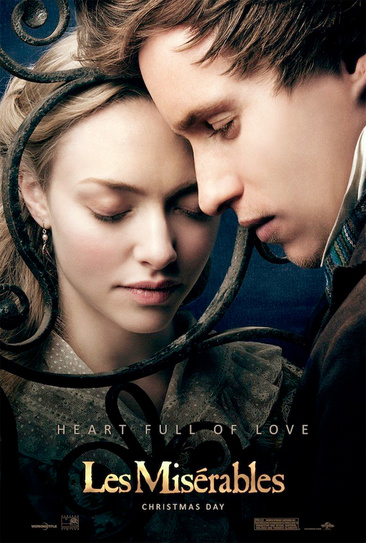 If you have never seen any of the three HBO documentaries Paradise Lost, then West of Memphis is something that you should seek out. It tells the story of the so-called "West Memphis Three" who were convicted in 1994 for the brutal murder of three children.

The case and the travesty of justice that followed it has been a lightning rod of criticism for almost 20 years and has attracted many high profile celebrities to the cause of the West Memphis Three. One of their supporters is Peter Jackson and he helped to produce this extensive documentary into the original case and the subsequent appeals process. 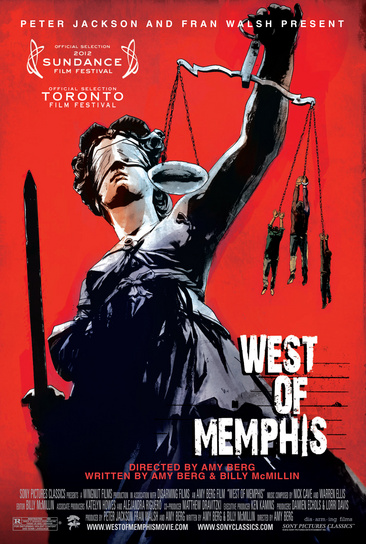 The trailer below does a pretty good job of showcasing the circus that the trial was and how the ramifications are still being felt in the lives of six families who lost almost everything on one fateful day.

And, on that note, I'll let you get back to your day. Stay warm and remember to mix well.