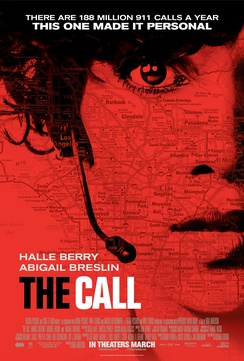 I love this time of the year. Being a Butler University alum, March has been extra special these last three or four years. Growing up, I was always a fan of March Madness, so this week has held significance for me for quite some time.

So too, is it an interesting week when it comes to the box office. Sporting events usually have a huge effect on the box office as bigger events such as the Super Bowl routinely lead to smaller than expected weekends at the box office.

To a lesser extent, there is a March Madness effect on the box office, but it's quite unstable and varies from year-to-year. When there are fewer compelling story lines in the NCAA tournament, much like last year when chalk ruled the day, box office admissions are high. However, when there are compelling Cinderella stories, such as my beloved Bulldogs in 2011, the box office suffers.

So, one might surmise that given the relative parity in college basketball this season, there are sure to be some juicy upsets ahead. If my supposition holds any weight, then we should see a lackluster March box office.

In this case, it literally pays to be Oz: The Great and Powerful who has banked two strong weekends before the Madness of March gets into full swing this Thursday. Of course, they were the only ones to make some noise this weekend.

Oz was indeed "Great" and "Powerful" in its second week of release. The Disney flick had no trouble in keeping its box office crown for a second weekend with an estimated total of $42.2 million.

It brings the total box office for Oz up to a respectable $145 million after 10 days of business. The falloff is in line with the numbers put up by Alice in Wonderland and Oz should have no problem becoming the first 2013 film to surpass $200 million. The film looks to top out somewhere between $240 and $260 million.

Halle Berry desperately needed a win at the box office, and while her new film The Call only brought in $17 million, it was right in line with industry estimates and is considered a solid performance. This result is in spite of the little uproar her hairdo is creating on blogs across the Internet.

The last time I checked, there wasn't a hair indicator for box office success, but maybe there should be. The Call should finish up right around $50 million. Speaking of hair disasters (how about that segue?), the bad hair in The Incredible Burt Wonderstone did very little to poof up its box office performance.

The little tale of dueling magicians was all smoke and no mirrors as it opened to a measly $10.3 million, lower than industry estimates. It seems that the shine is off Steve Carell who hasn't seen a live action film of his surpass $100 million in domestic box office in five years.

As it stands, The Not-So-Incredible Burt Wonderstone is going to limp to $25 million and that's being generous. Speaking of gratuity (the segue puns keep coming), one film that earned the big bucks by showing a little skin was Spring Breakers.

The Harmony Korine picture opened on three screens to a massive $263,002. That might not sound like a lot, but its per-screen-average of $87,667 is good enough for 23rd place all-time. Spring Breakers, which is basically an exploitation film that could have just as easily been titled "Disney Princesses Gone Wild," will face a much stiffer test this weekend when it expands to 1,000 screens.

Something tells me that it's per-screen-average is going to go limp next weekend. There's just a huge influx of new films and expanding films that could erode its core audience. With the likes of Admission, Olympus Has Fallen and The Croods, there's a little bit for everyone.

So, the question remains, can March Madness fend off all the extra competition? I guess we shall see.

Was 'Star Wars' an inside job?

If you're like me and find it incredibly impossible to completely dismiss a persuasive conspiracy theory, then you might enjoy the video below. It takes another look at the events that transpired in the film Star Wars.

For instance, did you know that Darth Vader was the only surviving crew member of the original death star, that was blown up by his son, who was working for a terrorist organization headed by Darth Vader's own daughter? It's true.

If you thought there was a shooter on the grassy knoll, then you'll be mesmerized by the actions of a single, ruthless crime family who had their sights on ruling the galaxy together as one happy family.

Finally today, there's just something iconic about Batman's famous growl. Personally, I think Christian Bale's interpretation is bizarre, over the top and I would change it for the world.

So, that got a few enterprising folks to wonder what some of the most iconic scenes in film would look like if they slipped Batman into the film. Needless to say, the results are hilarious.

I think you will agree.

Well, that concludes another MMM. And just in time before it became the TMM. Please forgive my tardiness, I'll work harder next week.