Monday Morning Mixer: 'The Butler' did indeed do it 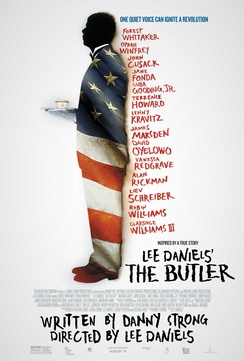 Even though I joked about it on Twitter, Lee Daniels' The Butler had absolutely nothing to do with my alma mater or basketball. Also unlike those lovable underdogs from Indy, Lee Daniels' film didn't settle for second place.

But enough about basketball and let's focus on this past weekend. As is quickly becoming custom in August, studios are falling over themselves to dump films that they have either soured on between green light and release or will have a murky time finding a true audience.

This August has continued that trend with each weekend having more than a few films perform far below expectations. Of course, the real question is are these films simply performing poorly because of their quality or because of the uptick in competition?

For instance, take this past weekend's latest casualty, Kick-Ass 2. Does losing Nic Cage for Jim Carrey really account for the film losing almost half of its opening weekend business? Or are there other factors at work?

That's an interesting question, and one of myriad of questions that we'll try to answer in this week's MMM. So, sit back and grab your cup of Joe, it's time to get into the Mixer.

What at least one enterprising studio has learned is that August is a great month to get a leg up on the awards competition. By releasing their contender early not only do they get added awareness from that extra month of two, but they also seemingly hit a bigger payday to boot.

It seems that the longer Summer movie season has simply increased the waiting period for more grown up fare. In the past, July used to be a month where studios could cater to those adults looking for a brief respite from being stuck with the kids 24/7, but lately more mature films have been getting pushed out of the middle months altogether.

This weekend proved to be the official kickoff to awards season as Lee Daniels' The Butler made quite a statement hauling in $25 million. That sort of reminds of a similar awards contender that breached similar themes in their story that opened on the exact same weekend two years ago. The Help opened to roughly the same amount and ended up with almost $170 million at the box office and one Oscar win to go with its four nominations.

The Help was also released on home entertainment right in the thick of awards season, so not only did they get the early buzz, but they followed it up with greater awareness at the key moment. While it's unknown at this time if The Weinstein Company will follow the same path with Lee Daniels' The Butler, I'm willing to bet that you see it on DVD and Blu-ray before Christmas.

Having seen it myself this weekend (a very rare opening weekend movie outing), I can say confidently that positive word of mouth will help this film in the coming weeks. As The Help proved, there's plenty of time to make a great box office number during these doldrums. I fully expect Lee Daniels' The Butler to surpass $100 and end up right around $140 million.

There are some truly amazing performances in this film and while I do expect them to be rewarded come awards season, the dark and somber tone (at least when compared to The Help) will hurt a bit of the repeat business. That being said, it's a film that brought me to tears more than a few times and that rarely happens with a movie these days.

Other newcomers didn't fare too well. The aforementioned Kick-Ass 2 barely battled to $13.6 million making it unlikely that we'll see more from this franchise. In recent weeks Jim Carrey backed off his support of the film citing the extreme amounts of violence in the movie.

To this, I say two things. First, I don't think anything Jim Carrey said affected this film's performance one bit. Second, Jim, you saw the first film. You practically begged to be in the sequel so don't try and pull the parachute on this one.

I have to admit that I never saw the first one, but both films intrigue me and find themselves on my impossibly huge must-see list. That being said, Kick-Ass 2 is going to struggle to make it to $35 million.

The bio-pic on Apple co-founder Steve Jobs also missed the mark. Simply titled Jobs, the film won't be creating many jobs in the theater industry any time soon. The Ashton Kutcher starrer which is getting pretty decent reviews, like many of Apple's products, failed to ignite a revolution at the box office with its measly $6.7 million.

Of course, Paranoia wishes it earned that kind of number. Instead, the Harrison Ford/Gary Oldman thriller ended up with about half of their take with $3.5 million. If the film makes it to $12 million, I will be shocked.

Elsewhere, it was interesting that Elysium and We're the Millers swapped positioning. The comedy now stands with almost $70 million to Elysium's $56 million and should break $100 million with ease.

Well, in the spirit of time and the fact that I don't want this to become the TMM, I'm going to leave you with three quick hitting videos. They represent all that is good and most that I hold most dearly.

That and I think you'll get a good laugh, a good huh and a WTF? What better way to cap off your MMM?

First up, one of my favorite '80s films is Weird Science. To me, it's the epitome of 1980s film excess and the perfect balance of rebellious youth and ridiculously over the top situations that always somehow get resolved in 90 minutes leaving our protagonists still in good standing with their parents.

Basically, it's John Hughes' entire film catalog. Well, the powers that be over at Funny or Die decided to make a sequel called "Weird Science 2: Strange Chemistry." It stars two young stars from two shows that I don't watch Breaking Bad and Mad Men and one Alessandra Ambrosio as, well, the girl.

Caution, watching this film will make you want to revisit all of John Hughes' films. You've been warned.

You might recall back about a year ago when Belated Media= released a video that posed an interesting question. What if Episode I was good? If you haven't watched it yet, then please click the link above and catch up.

It's not that you won't enjoy the sequel, What if Episode II were good? (it seems they fixed their grammar in the last year), but I think you'll enjoy it much better after watching the first one.

Finally today, I leave with a bit of a WTF? moment. We all know and love J.J. Abrams, but there are times when he goes out there even for me. This might be one of those times.

Today, Bad Robot, JJ's production studio, created their own YouTube channel and uploaded one weird as all get out video entitled simply, "The Stranger."

So, the million dollar question is what is "The Stranger"? Does it relate to an upcoming known project such as Star Wars: Episode VII or the TV series Almost Human? Or is it perhaps an announcement of sorts for a new chapter from an existing property such as Lost or a new property altogether?

Whatever it is, the video is creepy and the opening stars fake out is clear that those in charge of Bad Robot have a killer sense of humor and their channel will indeed be a must subscribe on my list.

Just a reminder that this will be my last MMM for a few weeks. I'll be out on paternity leave starting next Monday (or sooner), so Tim will take the reins for a few weeks. Be gentle, but I don't think you have anything to worry about. He filled in brilliantly last time and I only hope that I can get the MMM back when I return.