Best movies of 2014 that you don't know about yet: Tim's list 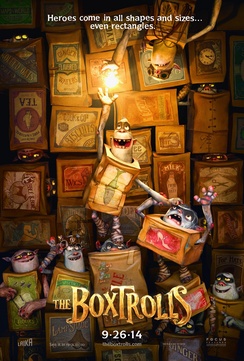 2014. 2-0-1-4. Just saying it makes me feel like we're living in some Jetsons-like future. Alas, we don't have flying cars on even a Back to the Future-style hoverboard.

What we do have is a full slate of new movies. "New" is a relative term as Hollywood's usual big-budget remakes, sequels and reboots dominate the schedule. Seekers of originality have little to fear. There are plenty fine nuggets hidden throughout the year. Like my comrades John and Dannette before me, I have identified 10 hopefuls that should make 2014 a great cinematic year.

I'm always a sucker for a documentary, especially one centered around artistic endeavors. Teller (or Penn and Teller fame) directs this film about non-artist Tim Jenison who seeks the truth behind Dutch master Johannes Vermeer and his photo-realistic paintings. Jenison has a theory and sets out to recreate the process with extraodinary detail. The film is already getting rave reviews.

Why it might fail: The subject may be better suited for a short film. Can interest in a 17th Century painter's methods be maintained for 90 minutes?

Time travel is a common subject of sci-fi films. Everyone wonders what it would be like and the impact it would have on the course of events. The implications are exactly the basis of this film. As they say in the trailer, the teen subjects Groundhog Day their everyday lives to get things right. The only problem -- things go horribly wrong.

Why it might fail: It's a cast of no-names helmed by a first-time director. A lot like the similarily themed, found-footage movie Chronicle, it may be a good film without much commercial impact.

We've written about this one before. This film tops my must-see list for 2014. Veteran actor Jason Bateman makes his directorial debut as a grown man who finds a loophole in school spelling bee competitions. What's one to do? Dominate the middle school kids at their game while trash talking the whole way. Of course the premise is ridiculous. That's why it looks so funny. If the trailer below looks like your speed, check out the dirty-word, red-band trailer below it.

Why it might fail: I have full faith in Bateman as a director but I'm afraid the script may devolve into super sappy.

While May, June, and July get most of Hollywood's high profile movies, August gets its share of more risky but still audience-pleasing flicks. The premise for this action-comedy is pretty simple. Two dudes get the brilliant idea to impersonate police officers. We can all see where this going, right? The X factor here is star Jake Johnson. He's my pick to be the next comedy superstar. It co-stars Damon Wayans Jr. who has some seriously funny DNA to his name. Oh, plus there's the uber-cute Nina Dobrev from The Vampire Diaries.

Why it might fail: Despite the cast, the crew doesn't have much experience. Director and co-writer Luke Greenfield's biggest credit is 2004's The Girl Next Door. This is co-writer Nicholas Thomas' first feature film.

This thriller is another August gem. It's the story of five womanizing married men who share a secret apartment for their philandering activities. An unknown woman is found dead on the property and the guys all suspect each other. Paranoia ensues. It all sounds very Hitchcock. Karl Urban, James Marsden, Wentworth Miller, Eric Stonestreet, and Matthias Schoenaerts star.

Why it might fail: It's a remake of a 2008 Belgian film directed by Erik Van Looy who reprises his duties for this American version. English language remakes of foreign movies often don't live up to the original. See Let the Right One In, Starbuck, and The Girl with the Dragon Tattoo.

This is the latest from Laika, the stop-motion animation studio behind Coraline and ParaNorman. It looks like they've once again created a beautifully detailed fairy tale. The story by Alan Snow is about an orphaned boy raised by underground creatures. He must return to his birthplace to same his family from a fiend named Archibald Snatcher. You can't get more Roald Dahl than that.

Why it might fail: Ugh, the title. I wish they would've stuck with the name of Snow's novel Here Be Monsters. Sure it's corny sounding but Boxtrolls seems pedestrian.

Opens in theaters on Sept. 26.

I believe the monumental success of Avengers and the Iron Man movies was largely due to Robert Downey Jr. His charisma sold those superhero flicks. This role isn't as fantastic as Tony Stark but the stakes are very high. He plays a big city lawyer who must return home when his estranged father, a judge played by Robert Duvall, is suspected of murder. Honestly the script doesn't matter so much to me. I'd pay to see RDJ read the phone book. The supporting cast is pretty super: Verga Farmiga, Billy Bob Thornton, Melissa Leo, and Vincent D'Onofrio. That's a combined Oscar tally of 3 wins on 14 nominations.

Why it might fail: Spoiler alert: I'm pretty sure RDJ won't don an iron uniform to exonerate his dad. Sadly. Because that would be awesome. 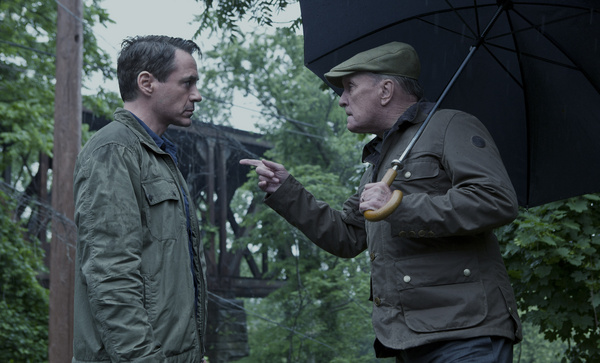 Yes, I picked another children's literature adaptation. I'm a man of simple pleasures. This Dreamworks Animation film is based on Adam Rex's book The True Meaning of Smekday. It's set in a future where aliens have taken over Earth. The new inhabitants force all humans to live in Florida. A young girl named Tip (voiced by Rihanna) teams up with an alien to avoid capture. Jim Parsons voices the friendly alien who just happens to call himself J.Lo. Oh, and guess who they got to play Tip's mom? Yep. J.Lo. It all sounds like a lot of silly fun.

Why it might fail: Animated aliens-descending-on-Earth-movies for children haven't had the best track record lately. See Mars Needs Moms, Escape from Planet Earth, and Planet 51. And again, the title is a horrible departure from the original. 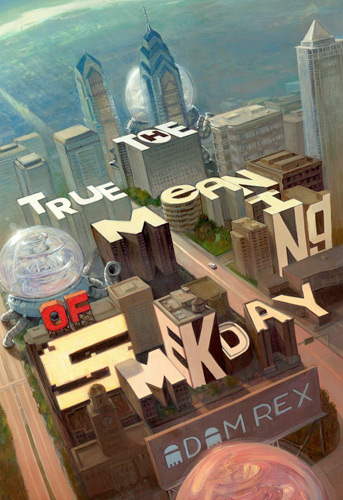 Directory Kyle Newman is finally back with a new movie after the bungled disaster Fanboys (2009). This action-comedy stars up-and-comer Hailee Steinfeld as a teen assassin who fakes her own death to return to the simple life of high school. Her former manager (played by Jessica Alba) enlists another teen agent (Sophie Turner) to go undercover and capture her. Call it Mean Girls with guns. The concept may seem a bit trite but te players are solid. In addition to the above, the film boasts Samuel L. Jackson, Thomas Mann, Gabriel Basso, Rachael Harris, and Dan Fogler.

Why it might fail: The movie is being released by a small distributor named Main Street Films. The company released Great Expectations last year and it made zero impact.

Opens in theaters this Fall. 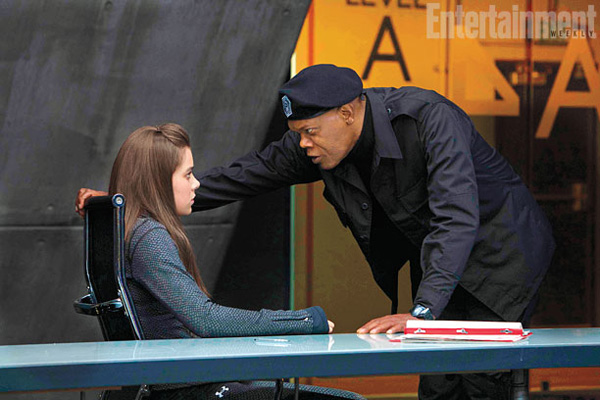 Finally, in addition to documentaries, animated family films, R-rated comedies, and quirky dramedies, I love movies centered around rock music. The great William H. Macy makes his first step behind the camera for this one. Billy Crudup plays a father grieving over the death of his teen son. He stumbles upon his son's demo tape and starts a band as a way to heal. The cast also includes Anton Yelchin, Selena Gomez, Jamie Chung, Laurence Fishburne, and Macy's real-life wife Felicity Huffman. It closes out the Sundance Film Festival on Friday.

Why it might fail: Apparently the soundtrack is spectacular. Could it outshine the movie itself? 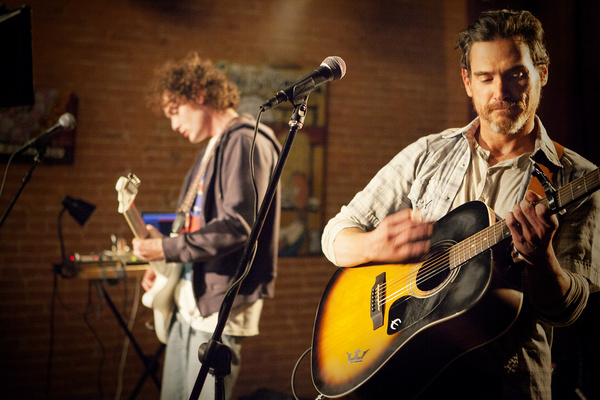