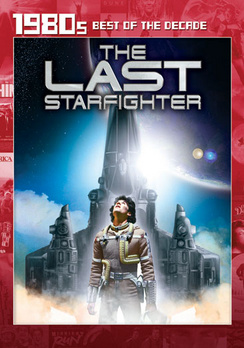 What do The Last Starfighter, Midnight Madness, Strange Brew, Suburban Commando and T2 have in common?

Well, besides all being great films from my youth, they all also feature arcades and arcade games in their plot. No, more than that, the arcade (and the game itself) is an integral plot point and character, without which the film would never have been made.

OK, maybe that last part is a bit of a stretch, but think about it. The 1980s were the heyday of arcades and as such, their prominence in society was reflected in the films of the day. Heck, I spent many an hour in our local arcade throwing away quarter after quarter, all in the hopes of trying to set the high score.

Not that the high score came with any sort of prize other than local notoriety and perhaps a couple of free games here and there, but it was a defining characteristic of my childhood that played an integral part of shaping the man I would later become. And no, sadly, arcades are dying out and I couldn't tell you the last time they were featured prominently in a feature film.

With the lone exception of Ready Player One, the future of arcades in film doesn't look very promising either. Thankfully though, we can enjoy the past. The Huffington Post Movie Mashups created an arcade retrospective that is absolutely classic.

Of course, like any good retrospective of the era, they included the stray booty shot for no discernible reason. Now that would be an interesting composition, all of the gratuitous booty shots in films over the years.