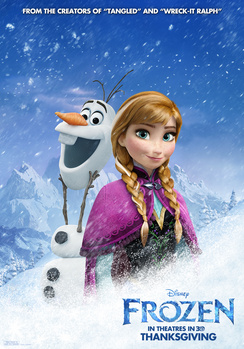 It seems like it was just Thanksgiving yesterday. Oh wait, it was (sort of). Now we are a measly 31 days away from what will most likely be the highest box office grossing year of all time.

We've spent many words talking about how big 2015 is poised to be and I'm sure there will be many more to come next month, but suffice to say, we are really excited about next year. And yet, we still have this last month in 2014 before we can start overanalyzing everything.

And it's not like this month doesn't have anything to offer. There are some great films with the potential to give 2014 one last boost to its box office. The last Hobbit film (that we know of) is finally coming to theaters and a new Night at the Museum will bring us one of Robin Williams' last films.

Yet, even with the goodies still to come this month, it seems that we've spent the last week dreaming of dinos and stars in galaxies far, far away.

Before we get to the fun stuff, we have a bit of bookkeeping that we must take of first.

JLaw continued her romp through the box office as The Hunger Games: Mockingjay Part 1 earned a cool $57 million at the box office this past weekend. The film has earned a total so far of $225.7 million which is noticeably less than the previous films in the franchise after a couple of weekends.

At this pace, The Hunger Games: Mockingjay Part 1 will "only" earn about $325 million when it ends its run. Now let's be real, that's a ton of money and if it lands there, it will be the second-highest grossing film of 2014 behind only Guardians of the Galaxy and its $331 million. The real takeaway though is that the first two films in the franchise both crossed the $400 million barrier.

I finally got a chance to see Mockingjay Part 1 this weekend (I had to see the Force Awakens trailer on the big screen) and it was precisely what I feared it would be: a good first half of a film. I don't get this whole let's split that last book up into two films movement, but sometimes it just really does not work. This book/film is a good example. Instead of being a great (albeit long) concluding chapter, the films both suffer.

In the case of Mockingjay Part 1, there just isn't much substance in the film. All of the good, cinematic moments happen in the second part of the book. The first part is basically Katniss being all smarmy and depressed with her fractured love triangle and being used as a rallying cry for the resistance. Don't get me wrong, there are a few good moments in the film, but when it was over, I still felt very unfulfilled.

So, people are going to skip it completely in theaters and the repeat business will not be as bountiful as the first two films. On the flip side, this should only drive business for Mockingjay Part 2. I could easily see the final film earning more than any other in the franchise. Oh, and did I mention that it comes out in late 2015?

Of course, the one thing, er film, that could derail its efforts is The Force Awakens which opens about a month later. It's going to be hard for some people to see Mockingjay Part 2 when they are already waiting in line for The Force Awakens.

Of course, the box office wasn't all white roses this weekend. One of the reasons that we are so high on 2015 is the sheer number of highly anticipated sequels set to bow next year. Two rather decent sequels bombed this holiday weekend and that collective gulp you hear is Hollywood hoping that this isn't the beginning of a full-on sequel revolt.

Penguins of Madagascar debuted in second place with $36 million, which again is pretty good on face value. But when you consider that it opened over five days to less than half of what the last two Madagascar films did over a standard three-day weekend and you can see why the studio might be concerned. Penguins of Madagascar will scrap together enough to make $100 million, but just barely.

Horrible Bosses 2 brought in $23 million in fifth place. A decent number for sure, but again that was less over a holiday weekend than the original films did in a standard weekend. Usually sequels perform much better than their predecessors, or at least they should. This film will be lucky to make it $75 million which should put the kibosh on any future Horrible Bosses films.

For the most part, I agree whole-heartedly with the piece.

Of course there will be a sequel to Frozen, but in a new interview, Idina Menzel, the voice behind Elsa all but confirmed that a sequel is "in the works" and that she's signed up for it. Well, sort of. As to be expected, the context is a bit foggy.

But seriously, how can Disney not make a sequel to Frozen? If they can make Toy Story 4 (I know, technically it's Pixar, but whatever), then Frozen 2 is a foregone conclusion.

I also spotted Kevin Smith's Dogma in the video, so there's that.

1,001 Movies You Must See (Before You Die) from Jonathan Keogh on Vimeo.

Well, it was tough to get going after the holiday, but I think we did it. Until next time, mix well.