'Spider-Man' back with Marvel - sort of 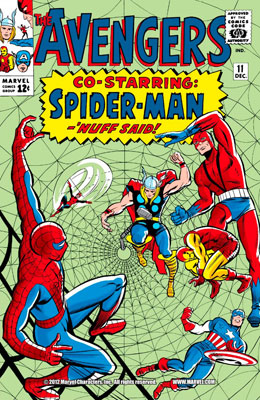 Sure, the Marvel Cinematic Universe (MCU) is arguably the most successful film franchise of all time. Sure, all of their films gross ridiculous amounts of money at the box office. But, there's been a giant pink spider sitting in the corner the last decade or so and it seems that Marvel has finally gotten around to taking care of it.

Sony bought the rights to Spider-Man from Marvel in 1999 for $7 million which seems like a steal now. Fifteen years later, Marvel is a very successful film studio in its own right with films such as The Avengers and Guardians of the Galaxy all in its MCU and yet there are noticeable holes to its lineup, namely Spider-Man and X-Men.

Well, one of those holes is about to be filled. Sony announced a deal today in which they will be partnering with Marvel on the next installment of Spider-Man. Specifically, Marvel guru Kevin Feige and recently departed Sony co-chairman Amy Pascal will be producing the film together.

The deal allows Marvel to use Spidey in an upcoming film in their MCU (most likely Captain America: Civil War) before Spider-Man returns with his own film (released by Sony) on July 28, 2017. Marvel had previously slotted Thor: Ragnarok for that date, so it shuffled that title to November 3, 2017 and guess what? Yep, Marvel had a film on that date too. Four film shuffles later, Marvel has everything just about set to dominate the box office through 2019.

So, what does this mean for Andrew Garfield who was under contract for at least two more Spider-Man films? It's not good news.

CONFIRMED: Andrew Garfield is NO LONGER Spider-Man. Someone new will be cast. First appearance in MCU, then solo film.

But that means, the speculation windows are now open. Who would you cast as the next Spider-Man? Tim and I have some interesting thoughts on who they should go after and be sure to check out our podcast later this week to get in-depth behind our choices, but here's a quick top three from each of us.

We figured they would be looking to cast a younger actor to help grow the role in the next decade or so. We also thought and someone who could both pull off muscular and a bit geeky would be a perfect match. How did we do? Who would you cast in the role?