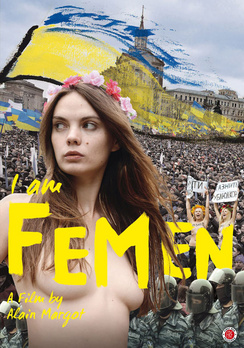 Welcome to the inaugural column in what will hopefully become an ongoing series of staff picks stories where we highlight some of the lesser known offerings each week. As my partner in crime has rightfully pointed out, I have a serial case of creating "ongoing pieces" and then letting them slip through the cracks.

While this statement is certainly true, I'm really excited about this new endeavor. Let's face it, it's becoming increasingly hard to find a local video store. I'm not talking about Blockbuster or the other faceless behemoths that preyed upon the excess of the 1990s only to succumb to the economic setback of the mid 2000s. No, I'm talking about your local independent video store where the employees not only know your name, but also your favorite films and directors.

These are the places where you can walk in and ask the person behind the counter 'what's new' or 'what have you seen lately that's good' and actually get a poignant response. While I can't promise to get to know each and every one of our faithful readers and site visitor, I can at least try to pull out different and unique films each week that might be off the beaten path. These aren't likely to be movies that you'll find at Redbox or Netflix, but they are certainly worth a watch.

There are more great films being released now than ever. It's a shame that too many of them are being released without fanfare and getting lost in the noise. Hopefully, we can discover some hidden gems and create the cult classics of the future.

As a general caveat, unless otherwise noted, I have not seen these films in advance. In a perfect world, I would have seen each and every film that I recommend, but we don't live in a perfect world. We live in a world where they say 'don't judge a book by its cover' and yet expect you to do just that for a movie. I'll make sure and post the trailers for the films so that you can at least get an idea about the film before committing to it.

It's not often that you get a film written, directed and starring Robert Duvall, so you have to take advantage of the opportunity when it arises. Set in Texas, the film also stars James Franco and Josh Hartnett, yes that Josh Hartnett, as Duvall's kids. The story revolves around a death of child many years ago and Robert Duvall's character's involvement in said death. A good mystery and plenty of action will resonate for folks who like their whodunits. And besides, everyone should see it just to confirm that Josh Hartnett still exists.

Set Fire to the Stars

We've all been there. They say that you don't want to meet your heroes because they will never live up to the ideal that you make them out to be in your head. For Elijah Wood, his hero in this film is legendary Welsh poet Dylan Thomas to America. Shot in black and white, the film really conjures up the time period of not only the events in the film, but the period in which films were made in that same time frame. I'm a sucker for films like these.

Nominated for the Academy Award for Best Foreign Language film at this past year's Oscars, Tangerines is a film that is ripe for the picking. Did you see what I did there? Of course you did. Try getting that level of humor our of your next Redbox selection. Set in Georgia following the dissolution of the Soviet Union, the film follows two enemies who are wounded and taken in by a citrus farmer to recuperate. Despite having vowed to kill one another when they mend, could they develop a new-found respect for one another during their convalescence?

The title really sells itself, doesn't it? Scooby-Doo and the gang have been fortunate to meet everyone from Bat-man to the Harlem Globetrotters, but this is the first time that they've teamed up legendary band KISS. If that wasn't enough, Kevin Smith and Jason Mewes show up for some reason. I've wanted to introduce my kids to Scooby-Doo for a while now and this looks to be the perfect opportunity.

The group FEMEN started to combat the idea that all Ukrainian women were prostitutes. Their founder Oksana Shachko is remarkable woman who is leading the charge fight corrupt and patriarchal political systems by being topless. Yes, you read that right. I've really gotten into documentaries as of late and if you enjoyed last year's Free the Nipple film, then this one is a must see.

About seven months after I was born, Jimmy Hoffa disappeared about 10 miles from my house. Every day in high school I drove right past the Red Fox restaurant where Jimmy Hoffa was last seen. So, you could say that I was a bit obsessed over this unsolved case. Forty years later, I'm still intrigued as to what happened to Hoffa and the reasons behind his disappearance/death. I think you too will be swept away by this fascinating story.