Best movies of 2016 that you don't know about yet: Dannette's list 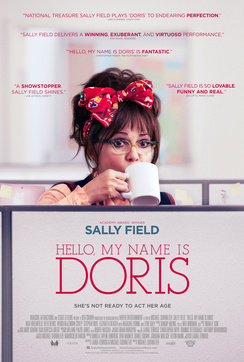 We have been blessed and fortunate these last couple of years to have gotten some much-needed help from our wonderful friend Dannette. She not only brings a certain feminine perspective that is sorely lacking from this otherwise boys' club, but she brings a real, unbridled passion for films and her excitement is contagious.

Much like the rest of us here, Dannette has a varied taste in movies and those different interests are reflected here in her choices for top sleepers. I'm not going to lie, she poached a few of my sleepers, but I like to think it just shows that great minds think alike.

I won't waste too much more of your time with my plaudits, but I will simply say that if you want a good look at some fun and interesting films coming down the pipe in 2016, then check out Dannette's list. She once again knocks it out of the park. 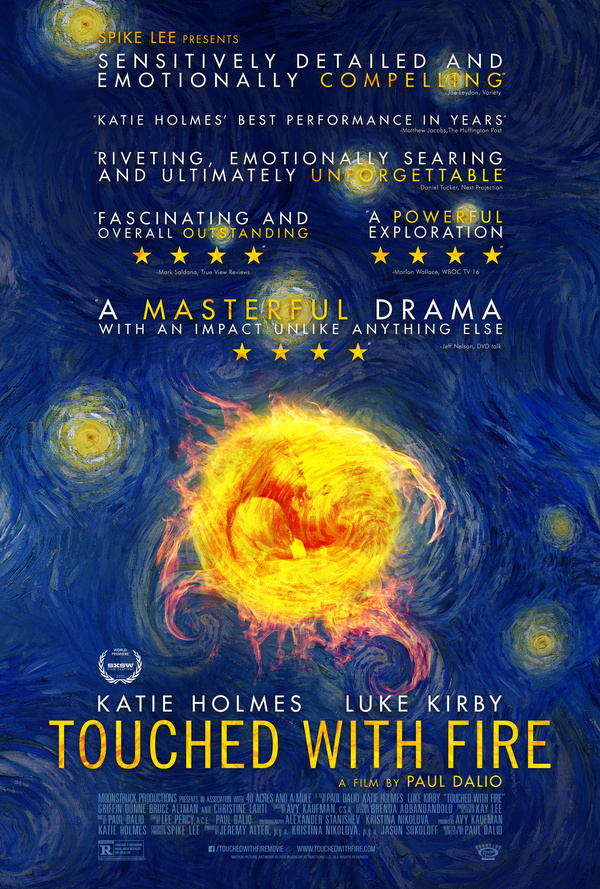 Wow, sounds romantic huh? I must confess when I chose this movie, it reminded me of one of my favorites, Itâs Kind of a Funny Story. I have a thing for twisted love stories, with or without the happy ending.

Why it might fail: Remember my review for Brain on Fire? The heavy content could keep people from checking it out.

After attending a self-help seminar, Doris (Sally Field) decides to spice up her life by going after her younger co-worker. As she starts to attend parties and socialize with her new younger friends, it shakes up her current relationships as they struggle to see the new Doris.

Sally Field is absolutely adorable as Doris in the trailer, and I love that she has an opportunity to shine her incredible comedic talent once again.

Why it might fail: With the subject matter, the tone of this film could go from the light-hearted feel of the trailer to melancholy very fast. Letâs hope it finds the right balance as nobody wants this to be a downer.

An aging widow and overbearing mom from New York City follows her daughter to LA after her husband passes away in hopes of starting a new life. She is armed with a full bank account and is on a mission to find her purpose in life.

Her daughter soon goes out of town which sends her into the world making new friends to focus her lavish ways on. Will she open up to someone new?

With Susan Sarandon, J.K. Simmons, and Rose Byrne, this is the perfect movie to go see with your mom on Motherâs Day.

Why it might fail: This movie has the possibility of making you feel guilty for not calling your mom enough.

Jesus does make up for drag performers in Havana but dreams of performing himself one day. When his chance finally arrives, a crowd-goer emerges and punches him in the face. The stranger ends up being his former boxer father Angel, who has been absent from his life for 15 years.

They struggle to become a family again as they try to understand each otherâs very different lives. I have always been fascinated by drag performers and have watched many movies on this subject. Viva, however, seems to touch on the why and how of a personâs exploration of their feminine side and how that affects their families and the world around them.

Why it might fail: This is in Spanish, and the subject matter isnât for everyone.

A famous couple, a filmmaker & rock star (Matthias Schoenaerts & Tilda Swinton) are in heaven while vacationing on a beautifully secluded island alone. That is until they receive a surprise visit from an ex-flame and his daughter (Ralph Fiennes & Dakota Johnson). Their peaceful getaway soon turns turbulent as secrets are revealed & betrayals unfold.

I would watch just about anything with Tilda Swinton in it, and the fact that she is described as a âBowie-esqueâ rock star made it a must-see for me. Although I must admit I would love it if the movie was focused on that character alone. I am obviously still mourning! #DavidBowieForever 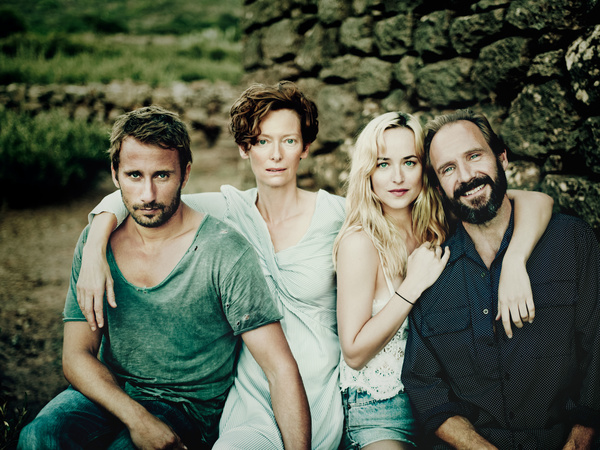 Why it might fail: This is a remake of a cult French film called La Piscine, which has a much heavier feel to it than the trailer for the American version suggests. If people go in thinking there will be some comedic elements and it doesnât deliver, they could be disappointed.

Maggie (Greta Gerwig) had a plan. She was going to have a child on her own, no matter what. Her plans quickly change when she meets and falls in love with a professor who is married to an ambitious academic who is driven by her work. 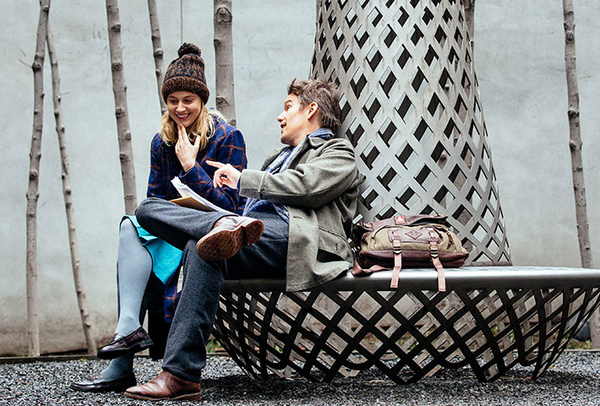 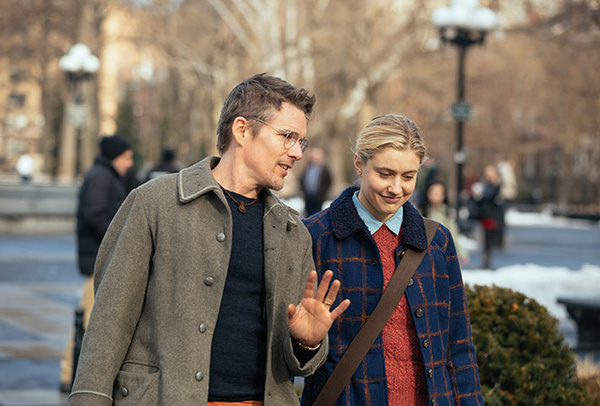 One baby and three years go by and Maggie starts to realize that the professor and his ex may be perfect for each other after all.

Why it might fail: Letâs be real here, the plot is pretty ridiculous, and Maggie sounds a lot like the characters Gerwig has played in the past. This film needs to not feel like itâs something weâve seen before.

Pop/rap superstar Conner4Real goes into a major tailspin when his new album fails to sell and his celebrity high life begins to collapse. Heâll do anything to make a comeback, even if it means a reunion with his rap group The Style Boyz.

This is a collaboration between Judd Apatow and the boys from The Lonely Island (Andy Samberg, Jorma Taccone, Akiva Schaeffer) to take a shot at music docs like Justin Bieberâs Never Say Never and Katy Perryâs Part of Me. It will be interesting to see if they follow the mockumentary style of those theatrical docs which I think could be hilarious.

Why it might fail: Even though The Lonely Island trio has a cult following, they havenât had a lot of box office success yet.

Jane, a young woman with Aspergerâs is ready to find her first boyfriend. She asks her newly engaged sister Bianca for help in finding someone that is as nice as her fiancÃ© to care for her. Bianca starts the search for someone that will accept her sisterâs differences, with little hope.

After Biancaâs good friend Jack becomes infatuated with Jane and asks her out behind Biancaâs back, she fears that he will ultimately break Janeâs heart. As Jane explores this new territory, Bianca starts to understand her sister for the first time and realize that she too, deserves to be loved.

Why it might fail: Please see Brain on Fire and Touched with Fire... although in my opinion Jane has much more promise of some warm & fuzzies at the end of the day.

This movie is based on Susannah Cahalanâs memoir âBrain on Fire: My Month of Madnessâ that she wrote about her descent into insanity after an unknown pathogen invaded her body and caused an autoimmune reaction that jump-started brain inflammation, paranoia, and seizures.

Misdiagnosed and losing control of her body, identity, and mind, a doctor took an interest in her case and got to the bottom of her mysterious illness. The cast has changed a few times, but right now Chloe Grace Moretz, Tyler Perry, and Carrie-Anne Moss are set to star.

Why it might fail: Remember when Still Alice came out and you knew you needed to watch it but put it off until you are in the right spot emotionally because you know it will be a hard watch? I think this movie will fall into that category.

A paranormal-obsessed man starts an investigation into the supernatural with his crew which consists of his depressed best friend, dropout nephew, a cable access medium and security guard.

It stars Jon Heder, Justin Long, David Krumholtz, & Amy Sedaris. This movie is still in production so there isnât a lot of info on it yet, but based on the above, Iâm on board.

Why it might fail: The highly anticipated reboot/make of Ghostbusters is coming out this year as well... if itâs as funny as we are hoping it is, will this be able to stand on its own? On the other hand, itâs a great alternative for those that are opposed to the new all-female cast and/or the messing with their beloved classic.