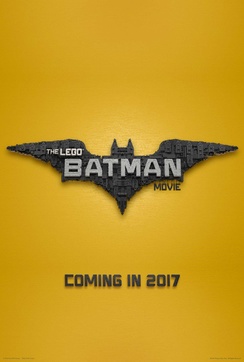 While the early reviews of Batman v Superman: Dawn of Justice have been mixed, at best, there's little argument about the best thing about the film. That's the trailer for The LEGO Batman Movie that plays in front of the film.

Yeah, the early reviews have been that bad.

Of course, critics are always gonna hate, so it will be interesting to see how audiences feel about the movie later this weekend. I'm guessing that their reaction will be more on the positive side, but I also think that they'll love the first look at The LEGO Batman Movie.

WIll Arnett is back as Batman and while the teaser doesn't offer much in terms of what the film will be, it definitely shows that Arnett will be bringing his trademark snark to the role. He was a hit as the Caped Crusader in The LEGO Movie and everything points to him continuing that success in his very own film.

The LEGO Batman Movie is set for release on February 10, 2017. What do you think of this mic dropping teaser?