Review: 'The Martian' Extended Edition 4K UHD is other worldly 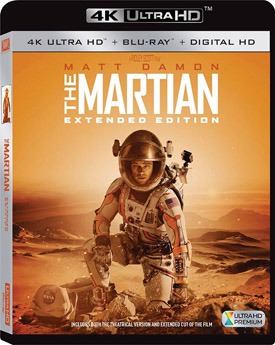 When a new format for home entertainment is released, there is always that one title that becomes the iconic standard by which all other future released are judged. For DVD, that title was Twister and for Blu-ray, the first iconic release was most likely The Fifth Element.

With the onset of the brand new Ultra HD Blu-ray format, we already have an early leader for the format-defining release in The Martian. The film debuted on home entertainment on January 12 of this year and we have already seen not one, but two Ultra HD Blu-ray releases within six months.

The Martian Ultra HD Blu-ray was a part of the first wave of releases in the format from Fox in mid-May and on June 7, the Extended Edition Ultra HD Blu-ray debuted. That's right, the format is less than six months old and The Martian already has two different versions available in the latest and greatest home entertainment format.

This really shouldn't be all that surprising as Fox is rather well-known for releasing a ton of different versions of their films. Take Independence Day, for example, to date Fox has released no fewer than 43 different incarnations in the 20 years since it was released. Everything from UMD (remember those?) to lenticular artwork, if there was a passing fad, Fox jumped on board and brought out a new version of ID4. So, that begs the question, is the Extended Edition version worth the double-dip? In a word? Absolutely. 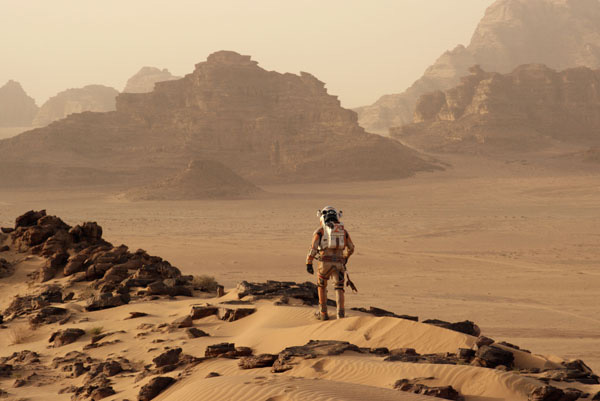 I think that The Martian will always hold a special place in the Ultra HD part of my heart because it was the first film that I bought on the format. It was relatively a new release and I had not seen the film yet, but I had already determined that it would be a film that I would own. I loved the book, so I just knew that the subject matter combined with Matt Damon's personality and Ridley Scott's oversight would make the film a must-own movie for me.

Watching it for the first time on the standard Ultra HD Blu-ray, I was blown away by the newness of the format and the noticeable differences between it and the regular Blu-ray version. As it was my go-to film on the format for a few months, I quickly watched the film over and over again as I introduced my wife, my parents, friends and a random stranger or two to the glorious experience that is Ultra HD Blu-ray.

And yet, I was still intrigued by the opportunity to review the Extended Edition and see if my love of the film would persevere through yet another viewing. It did and I'm so glad that I jumped at the chance to get this version because it truly is the defining version of the film.

While they stopped short of calling the extended version a "director's cut," it's not hard to believe that Ridley Scott would champion the Extended Edition as the cut of the film to experience. It has been reported that Scott initially turned in a cut of the film that ran 165 minutes. While the book certainly would be able to support such a long film, the reality of sitting in a theater for nearly three hours is hard to stomach, even for the most compelling films ever made.

So, they cut back the theatrical cut of the film to two hours and thirty minutes (give or take) and the end result is a film that is extremely tight despite its longer than normal running time, but one that sort of undersells the isolation that Matt Damon's Mark Watney has to live with on Mars by himself. The Extended Edition adds about 10 minutes back to the film seamlessly in such a way that you will be hard-pressed to notice all of the additions in the first viewing.

There is one great scene where Kristen Wiig is able to stretch her legs a bit and carry a nice chunk of emotional depth that she usually isn't given the opportunity to do in her usual comedic films. It's a nice change of pace and one that demonstrates that she just might have a future in Hollywood beyond the funny roles.

But mostly, the things added back into the film showcase the isolation and character of Mark Watney. There's a scene where we see him inflate a tent and wash himself during a rover run and finish the experiments that were abandoned, like him, on Mars when the rest of his crew had to evacuate. Both of these scenes allow the viewer to linger on the film and really take in the moment, but it's easy to see why they were cut for the sake of pacing.

It's no secret that I am disgruntled by the lack of truly special "Special Editions" of films these days. Studios have made it a habit of cutting back on bonus features in an effort to save time and money, but the result is that we as film connoisseurs are left wondering what we are missing.

The Extended Edition of The Martian is an old-school throwback Special Edition that one would expect from an old-school filmmaker such as Ridley Scott. One inclusion that is sadly going the way of the dinosaur is the audio commentary. Ridley Scott, Drew Goddard and Andy Weir team up to dissect their film and to help point on little things that you may have missed the first, second or tenth time watching the film. I am a huge fan of the filmmaking process, so I always enjoy a great audio commentary and this one is one of the best in recent years. 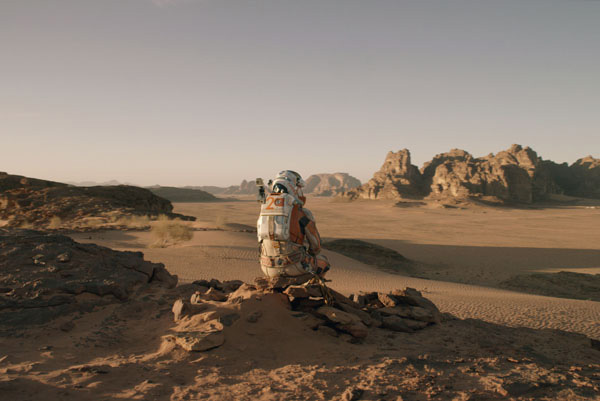 If you're an audiophile, then you will definitely want to pick up the Extended Edition of The Martian. The Extended Edition features a Dolby Atmos soundtrack while the original Ultra HD Blu-ray version and Blu-ray versions have a DTS-HD 7.1 audio track. If you're not an audiophile, don't worry they are both good options, but the Atmos version does have a few subtle differences, especially during the opening and climactic action sequences that demonstrate why Dolby Atmos is quickly becoming the audio standard of Ultra HD Blu-ray.

In addition to the bonus features of the standard edition, the Extended Edition includes a few deleted scenes and a massive six-part documentary that highlights everything from the production of the film to the current state of NASA's manned missions to Mars projects. There's one particular deleted scene that will make fans of the book and the cut relationship between two of the Ares astronauts smile.

At the end of the day, The Martian will hold the distinction of being the first film with multiple versions in the Ultra HD Blu-ray format. While we can question why Fox would bring the standard edition out at all given their plans for such a quick turnaround on the Extended Edition, there's no question that the Extended Edition is truly the first spectacular Ultra HD Blu-ray offering that delivers a definitive version of the film.