Monday Mixer: 'Blair Witch' gets lost in the woods 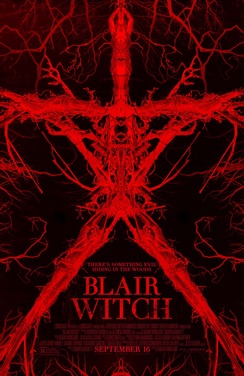 At what point will studios abandon the sequel/reboot strategy? Not a day goes by that we don't hear about another doomed-for-failure sequel or remake that we don't need.

I mean, I get the attraction for Hollywood. These old franchises already have a built-in audience and they can bank on name recognition from the general public. They also tend to be cheaper to produce for a variety of reasons, but the fact of the matter is that we may have finally reached our saturation point.

Not one, but two sequels bombed this weekend. And yet, I'm sure there will be news this week of at least three new sequels getting their green light.

But, enough with the pleasantries, let's get to the Mixer.

So, most people thought that Sully would crash and burn this weekend thanks to Blair Witch, but once again, Tom Hanks's deft acting moves saved the day. Sully soared to another $22 million to brings its box office total to a cool $70 million after 10 days of release.

Sully should help Tom Hanks regain his crown as one of Hollywood's most eligible box office actors with a final total that should exceed $130 million. With Inferno due out next month, there's a pretty good chance that Tom Hanks will have his first back-to-back live-action films that surpass $100 million since 2002.

A trio of new films were poised to take down Sully, but not a single one of them could even muster $10 million this weekend. The best bet was the true sequel to The Blair Witch Project, Blair Witch. Unfortunately, Blair Witch bombed with only $9.7 million. I think it's safe to say that the original film's $140 million gross is safe from toppling. As it stands, Blair Witch will struggle to end with $35 million.

The last newcomer this week was the Oliver Stone film Snowden. The true story of the NSA whistleblower earned a decent $8 million in fourth place. All political ramifications aside, Joseph Gordon-Levitt delivers a performance that is being lauded as "Oscar-worthy." A final tally of $30 million would be a big success for the film and should insure that Snowden stays relevant through the Presidential election.