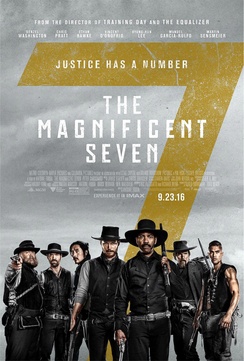 Last week signalled the official start of Autumn, but temperatures have been anything but tepid since the calendar changed. In fact, the weather has been more akin to the raging heat of Summer and the box office seemed to be cooperating.

But yet again, a hot start on Thursday night from previews fizzled as the weekend unfolded. Both newcomers were tracking about $10-15 million more than their estimates. So, will the box office continue to cool off as the weather finally starts to move closer to seasonal norms?

Time will tell naturally, but it looks like that box office won't fully rebound until late October. November and December will take care of itself thanks to a new film based on the Harry Potter books and another new Star Wars film, but the next few weeks will be most telling as to how 2016 will ultimately end up.

Will there be another hidden gem before we get to Doctor Strange? There are some decent contenders. Another Tom Hanks franchise film that could break out, but again, time will tell.

The big name western remake The Magnificent Seven enjoyed a sizable victory in first place. Its $35 million weekend is quite impressive, especially for a September release, but after looking at Thursday's preview numbers, most estimates had it closer to a $50 million opening.

Had the estimates held throughout the weekend, this weekend would have been truly memorable as it would have positioned the Denzel Washington and Chris Pratt starrer on a track to earn $150-175 million. As it stands, the opening has The Magnificent Seven on pace to earn about $125 million, especially if the next few weeks play out as expected and the film doesn't get much in the way of real competition for the top spot.

For a film that cost just over $100 million to make, The Magnificent Seven looks poised to turn a nice little profit when all of the international business and home entertainment dollars are added up. Of course, does this minuscule profit justify the remake of such a classic? That's the question that studios are going to have to start asking themselves, especially if audiences continue to wither.

In second place, the story was very much the same as The Magnificent Seven for the animated family film Storks. With the recent lack of options for children's entertainment at the box office, Storks was poised to fill the void with an interesting choice. Again, the early tracking suggested that the film would end with about $35 million in its opening weekend coffers.

It also saw the bottom fall out of a promising weekend, ending up with an impressive, yet less than expected $21.8 million. Again, the budget for Storks is said to be $70 million, so the film will eventually end up in the black, but I know that Warner Bros. was hoping for a final box office closer to $125 million. As it stands, the film will struggle to reach $100 million, but I think it will get there, mainly due to the aforementioned lack of competition in its target demographic.

I know that it's sad to think about, but if Stan were to pass, it's entirely possible that his film cameos could persevere for many years still.