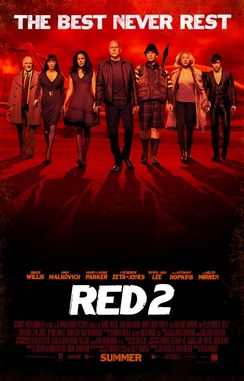 In 2009, Liam Neeson launched a new genre of geriatric action films with Taken and we have been better off (?) ever since. The following year, upstart film company Summit Entertainment was still riding high on the wave of their successful Twilight film when they brought their own entry in the geriatric action genre Red to market.

Summit banked their burgeoning franchise on one-time action star supreme Bruce Willis and a gaggle of his finest peers. The film was a rather unexpected success earning over $90 million at the box office. A sequel to Red was pretty much a guarantee by the time it made its debut on home entertainment.

Red 2 made about half of the box office booty of its predecessor and the franchise died a premature death. But that doesn't take away from the fun that these two films gave us and it was a pleasure to revisit them on 4K UHD Blu-ray.

The original film was naturally the better of the two films with an almost perfect balance of comedy and action that keeps the audience laughing or entertained throughout lest they forget that the film they are watching has very few redeeming qualities. On the other hand, Red 2 lacks the certain panache of the original film and tries to make up for the retread plot with more jokes and the delicate balance is thrown off and falls flat more often than not.

And yet, I found myself growing quite fond of both films as I watched them again this week. The magic of the films lies less in the hands of Bruce Willis and more in the wit and timing of Morgan Freeman and John Malkovich. There is no doubt that these two are among the finest actors in the business and they help to polish Bruce's rough edges that threaten to overtake the films, especially the sequel.

And I haven't even said a word about the always wonderful Helen Mirren. Needless to say, she provides a great performance and the films are better off for it.

The question that remains is how the film translates on 4K UHD and whether it is worth the cost of buying them in this new format. I will say that the action-heavy sequences are noticeably superior to their existing Blu-ray counterparts, but the 4K UHD advantages are negligible for the remaining sequences.

The Dolby Atmos sound is wonderful again during the action scenes, but they aren't as numerous as some of the more obvious action films. For instance, John Wick is a non-stop action assault and the film is best served in the new format. I feel that the existing Blu-ray offerings of Red and Red 2 serve their purpose well enough on their own.

The fact that the 4K UHD Blu-rays do not contain any new bonus features is yet another argument against upconverting. If you currently own the Blu-rays of these films then I think you will be hard-pressed to find a reason to buy them again. However, if you haven't purchased these films yet and you are a fan of Bruce Willis or consider yourself a 4K UHD completist, there are worse decisions you can make.

Red and Red 2 are now both available on 4K UHD Blu-ray. 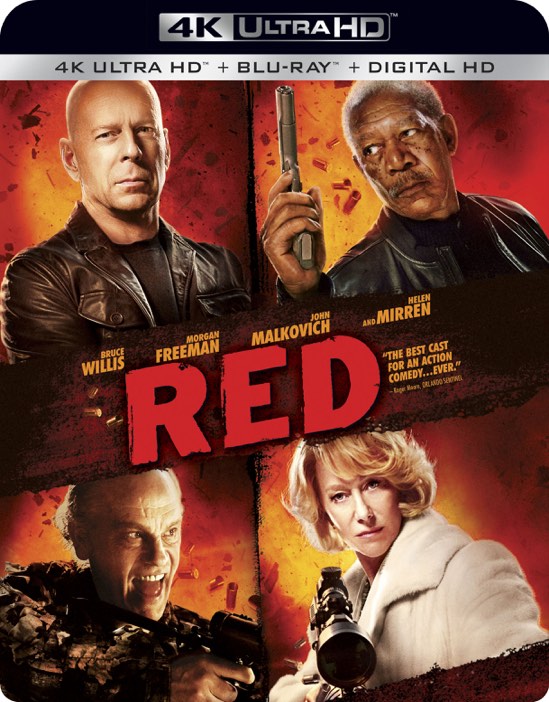 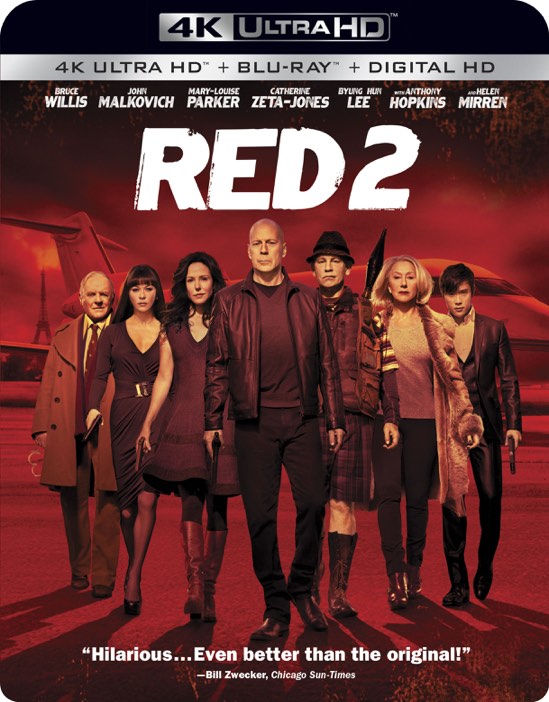