Review: 'Kick-Ass' finally gets its due on 4K 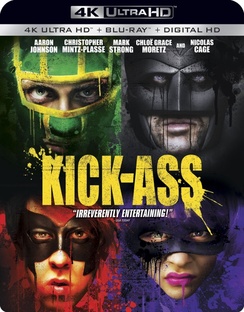 Thanks to the 2008 film Iron man, every studio suddenly wanted to be in the comic movie business. It's not like Marvel invented the comic book movie (although they should have, don't you think?), but they certainly perfected it. For a while there, it seemed like you could do no wrong with a comic book movie.

Unless you were making Fantastic 4 films. Or R-rated comic book films.

In 2009, the R-rated comic book film Watchmen underwhelmed at the box office, earning just over $100 million. Sure, that's nothing to sneeze at, but in the grand scheme of comic book movies during this time period, it was seen as a failure in some circles. And yet, would you ever want to watch a PG-13 version of Watchmen?

That's the quandary that the filmmakers behind Kick-Ass faced when they made their film without a big studio behind them or even U.S. distribution certainty. Talk about a risky proposition. It's not that there wasn't interest in the comic book, but a watered-down version of Kick-Ass is almost as inconceivable as a censored version of Watchmen.

You can understand the hesitancy on the part of the major studios and yet, you just knew that one of them would eventually step up and own the film. That studio was Lionsgate and they came on board after a highly favorable response from the crowd at 2009's San Diego Comic Con.

In hindsight, it's hard to believe that Kick-Ass would ever fail given its young talented cast and director. Sure, names like Matthew Vaughn, Aaron Johnson and Chloe Grace Moretz are of the household variety now, but back then the film was best marketed as the film that starred McLovin in various places.

Back when I first saw Kick-Ass I wouldn't have claimed to be much of an expert when it came to comic books, but entertaining movies, excuse the pun, kick ass no matter the genre. This film was one that helped open my eyes to the possibilities of the comic book movie. While it only ended up with $50 million at the box office, it helped to lay the R-rated foundation that would allow Deadpool to flourish years later.

It also introduced audiences to the revelation that is Chloe Grace Moretz. She was as vulgar as any 13-year-old I have ever seen on film and she literally stole the film every time she was on the screen. Since this film has come out, Moretz has effortlessly floated from genre to genre without missing a beat. At only 20 years old now, her whole career lies ahead of here and it will be very interesting to follow it as it unfurls.

I haven't revisited the film in years, so it was a pleasure to check back in with these characters on the 4K UHD Blu-ray version. It really felt like it was a reunion amongst friends as the film holds up remarkably well. The picture quality was pristine and the Dolby Atmos audio track takes the film to a whole other level.

The decision to upgrade a film that you currently own on a lesser format to 4K UHD is a hard one and I appreciate the financial strain it might cause. To that end, in my eyes a 4K UHD offering has to blow its predecessors out of the water for me to recommend making the upgrade. Kick-Ass is one of those films. All of the superior elements combine to finally present the film in the manner that director Matthew Vaughn intended.

Kick-Ass is now available on 4K UHD Blu-ray and you can buy it from us for the amazing price of $15.95. 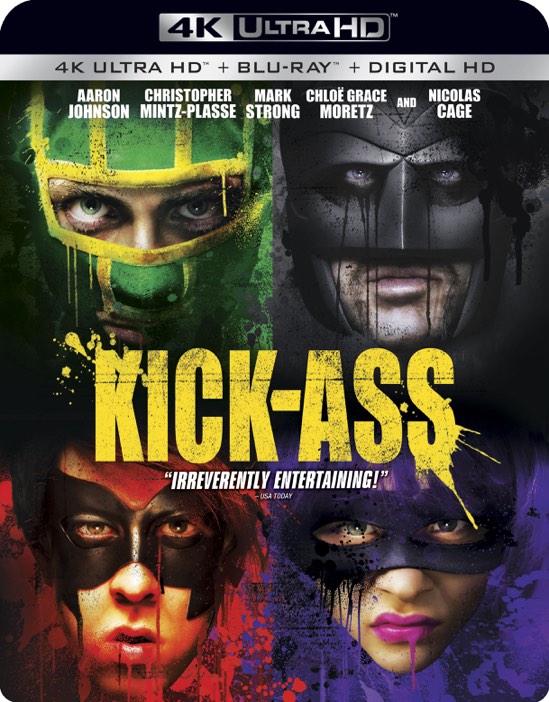