Review: 'Terminal' pulls a visual rabbit out of its hat

I went into this review expecting to see something along the lines of Pulp Fiction meets John Wick, but Terminal likes to play with expectations. The movie shows plenty of homage to these predecessors, but it clearly sets out to create something uniquely different.

It's different alright, I'm just not sure if it's something that will resonate with a large audience.

Terminal unfolds over the course of a crazy night at the "End of the Line" diner in the aforementioned Terminal. Two assassins, a terminally ill teacher, a waitress and a janitor's lives all interact unwittingly as pawns in a criminal mastermind hell-bent on revenge.

While I did enjoy the film and its frenetic ending, I can see how some people might become bored with the slow-pacing and simplistic plot mechanisms. First-time filmmaker Vaughn Stein is tasked with writing and directing responsibilities and, at times, you get the impression that he's biting off more than he can chew.

The decision to bathe the set in a fury of neon is at once both jarring and brilliant. While it certainly gives the film a bit of a classic sci-fi feel to go with its noirish charm, it may have simply been an artistic solution to achieve the tone that Stein was going for. I have seen this neon effect in many TV shows lately ranging from American Gods to Good Behavior. It is effective in small doses required by serial television, but it does become a bit grating by the end of the film.

Another first-time writer trope that is trotted out to various levels of effectiveness is the reliance on inspiration. It's not incredibly hard to spot the obvious allusions to Alice in Wonderland and at times it becomes a bit distracting to the overall story. While it does lend a bit of character depth when you line up the film's characters to their intended match in Alice, the onslaught of comparisons is a bit much at times.

Margot Robbie is the star of the show and she is wonderfully superb in Terminal playing an off-shoot of her Harley Quinn persona. As a producer, you can see why she was attracted to the project as it allows her to shine in the spotlight in a vanity project that highlights all of her amazing attributes.

Likewise, Simon Pegg and Mike Myers pop up playing various amalgamations of their previous on-screen personas to varying levels of success. In my eyes Simon Pegg can do no wrong and he is absolutely perfect as the melancholic teacher contemplating suicide. At times, Mike Myers' janitor is more clichÃ© than character and while the third act helps to explain some of it, I guess I was hoping that he would be a bit more demure early on in the film.

Dexter Fletcher and Max Irons have their moments as the two assassins. Dexter's master assassin is more refined compared to Max' apprentice, but they both serve the film admirably, even if they are bit unoriginal in the whole hitman oeuvre. I guess I was hoping for a something different from them, but in the end, they serve the story admirably, but had they been given more to work with, the film may have been elevated to a higher status.

The film does come with three featurettes and a picture gallery. I find that photo galleries are rather boring and self-serving and this one was no different. The three featurettes, on the other hand, were very interesting and helped to flesh out the film and add a bit of texture to filmmaker's intentions. For a film that is basically a direct-to-video movie, it is nice when they include extras like these.

While Terminal is a bit uneven in places, the last 30 minutes or so more than makeup for any missteps earlier in the film. Still, it is hard to recommend a purchase unless you are a Margot Robbie completist and just need to finish out your collection. A better bet would be to start with a rental and see if the film is your cup of tea and take it from there.

Terminal is now available on DVD and Blu-ray. 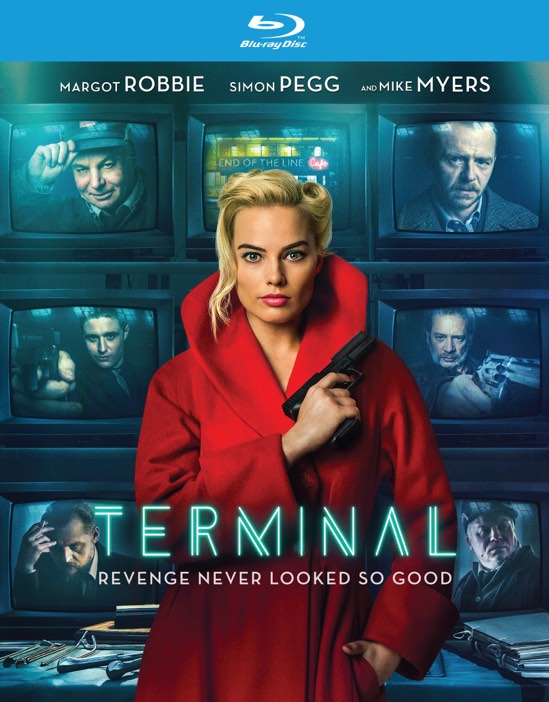 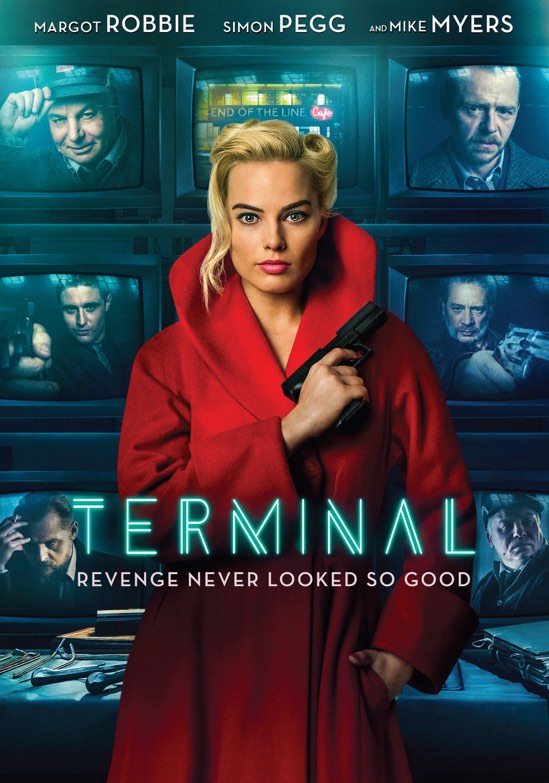