Review: 'Kings' gets lost in translation

Look, I think that Deniz Gamze Erguven is an extremely talented filmmaker. Mustang is one of the most real and haunting foreign films that I have seen in a long time. But, it's possible to be a gifted filmmaker and not be the "right" choice to tell a particular story.

Indulge me here for a minute. I grew up in Detroit and when the 1992 L.A. riots were in full swing following the verdict in the Rodney King beating trial, I was finishing up my junior year in high school. Half a country away and too young to fully appreciate the ramifications of these riots, I shouldn't be the first choice to write a film about them.

So too, being a teen in Turkey when the riots were happening probably doesn't provide one the best real-world perspective to helm a film about the fallout of the Rodney King trial. That in no way diminishes Deniz Gamze Erguven's talent and impact as a filmmaker, it just feels that she seemed to capture more of a macro view of the riots when the film would have been better served with someone more directly impacted by these events behind the camera.

Kings features Halle Berry wearing mom jeans as Millie, the foster mother to a dozen children and counting. Living in the South Central Los Angeles Millie and her family gets caught in the crossfire as racial tensions heat up ahead of the Rodney King trial's decision.

Daniel Craig plays Millie's neighbor and the recluse isn't exactly happy about all of the foster children living next door, but otherwise, he seems rather apathetic to the events unfolding around them. When Millie has to brave the riots to bring her foster kids home, she enlists the help of her neighbor in what is probably meant to be some sort of metaphor of racial harmony amid the chaos, but it simply doesn't work.

Take the recent film Detroit, which is another example of racial tensions flaring up into a riot. If you compare the two films, you will see just how much Kings fails to live up the expectations of a film set against the backdrop of arguably the single-most defining moment of our generation when it comes to race relations.

Sadly, you can look around today and whether it's Charlottesville or any of the myriad of skirmishes blamed on racial tension and it's clear that we didn't heed to the lessons learned during the L.A. Riots. While Kings aims to capture the personal angle of this event, the story lets itself off of the hook too much to be very effective.

For her part, Halle Berry is convincing as a foster mother on the verge of a nervous breakdown when his children can't be found as the riots erupt. You can tell that her pathos is real and she does a great job of conveying that on the screen, but the story seems to betray her a bit. The whole love triangle between two of her foster kids and the new girl at school seems contrived at best and downright insulting at worst. This element did not need to be included to make the film more compelling. On the contrary, it only serves to distract the viewers from the action exploding around them in the streets.

Overall, the film wastes admirable performances from its cast, but it does remind us that we are long overdue for a proper film on the L.A. Riots. However, the next time they used the riots as the driver of the story, I only ask that they pick a filmmaker with a little personal experience with the subject matter. I think that would make all of the difference in the world. 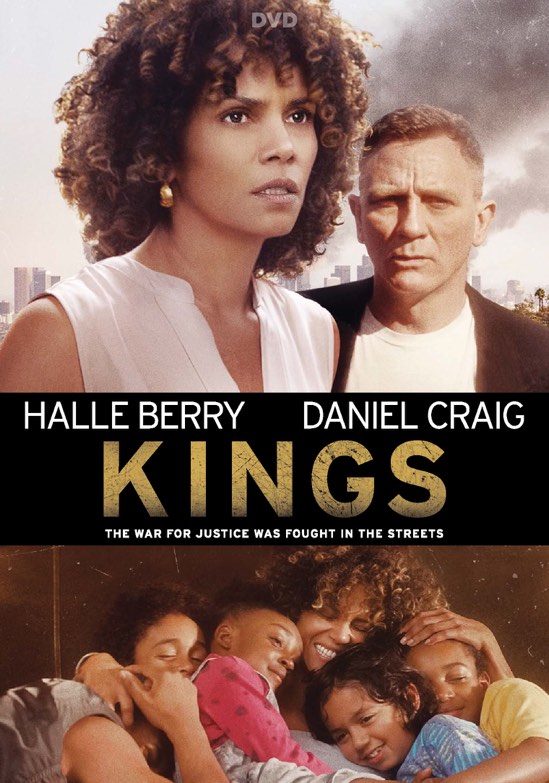