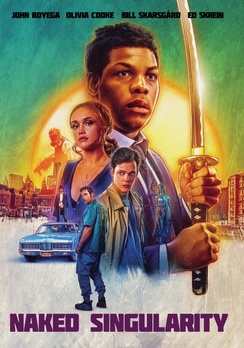 The eternal question is, how do you adapt a 700-page book into a two-hour movie?

The answer, of course, is that you don't.

But that hasn't stopped numerous filmmakers from adapting Victor Hugo's 1,462-page opus Les Miserables every couple of years with various degrees of success. It didn't stop first-time director Chase Palmer from adapting Sergio De La Pava's debut novel into Naked Singularity and for that, we are thankful.

Naked Singularity is many things: ambitious, visually stunning, raw. But it's also a bleak look into a broken judicial system and the moral decay that surrounds us every day. It paints the world in wonderful shades of gray where the boundaries between right and wrong are forever blurred.

The film is a reflection of the breakdown happening in society right now, but it also provides us a glimmer of hope. A glimmer that, hopefully, we won't need a collapse to help us act upon it.

No, Naked Singularity is many things, but it's not a quick fix to what ails us, but it certainly points us in the right direction.

Naked Singularity tells the story of Casi, a promising young NYC public defender whose idealism is beginning to crack under the daily injustices of the very justice system he's trying to make right. Doubting all he has worked for and seeing signs of the universe collapsing all around him, he is pulled into a dangerous high-stakes drug heist by an unpredictable former client in an effort to beat the broken system at its own game.

I came into the movie with high expectations based on the intriguing subject matter and my absolute adoration of the two leads. For my money right now, you couldn't have picked a better Casi or Lea than John Boyega and Olivia Cooke respectively.

Star Wars fans will instantly recognize Boyega as Finn from the latest round of films, but I first fell in love with him in Attack the Block. He's come a long way since his gritty turn in this small British Sci-Fi romp, but you could tell that he had that special star-making quality even back then.

As for Olivia, I've been worshipping at her temple since she lugged around an oxygen tank in Bates Motel. Also British, Olivia has been a staple in smaller indie films before finding mainstream success in Ready Player One. Although she was at her best in Me and Earl and the Dying Girl. What can I say? She's really good at playing fragile characters on the cusp of the great beyond.

Together, the chemistry between John Boyega and Olivia Cooke is palpable and I know that I'm not the only one hoping that the pair can find another project to work on in the future. The unabashed idealism that Casi brings to his job as a public defender melts perfectly with Lea's cynicism as a thankless civil servant.

Ultimately, they are both pulled from their relative comfort zones and must make decisions that are contrary to their nature for survival. In the hands of lesser actors, these characters would probably come off as two-dimensional cutouts, but John and Olivia make it work brilliantly. This chemistry comes to a head during a scene in the tow yard building during the heist where neither one of them utters a word, but they communicate everything.

This scene is one among many others in the film where Chase Palmer demonstrates a finesse that belies his experience. In many times, less is more, but young filmmakers tend to overproduce scenes that are better served by silence. This is an indication that Chase's best work is ahead of him and I'm excited to see where his path takes him.

The one interesting element that permeates throughout the film is the idea of the collapse. There is certainly a supernatural element to the film that immediately brings up thoughts of Donnie Darko without getting lost in the weeds. Tim Blake Nelson is the conduit to this aspect and he's perfectly cast as the herbal-enhanced conspiracist/theoretical physicist that brings in the more esoteric themes of the film.

These aspects play a bigger role in the book, but their mere inclusion adds a fantastical element that allows the audience to suspend their disbelief to a greater extent. In the end, it all works to transcend a simple heist film to a higher plane of existence.

Not everyone will love this film, but that's on them. To each their own, but for my money, Naked Singularity is precisely the type of movie that interests me these days. It doesn't just tell a story, it adds elements of the unknown to titillate the senses and take you on a journey of discovery.

As a reflection of society, you have to wonder if we have to bend more of the rules before we are able to right the injustices out there. Naked Singularity shows us the path, we just need to pay more attention.

Naked Singularity is now available on Blu-ray and DVD. 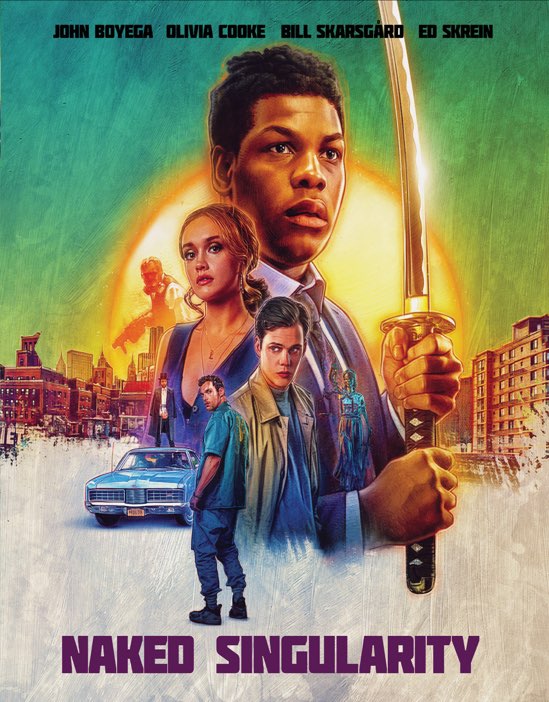 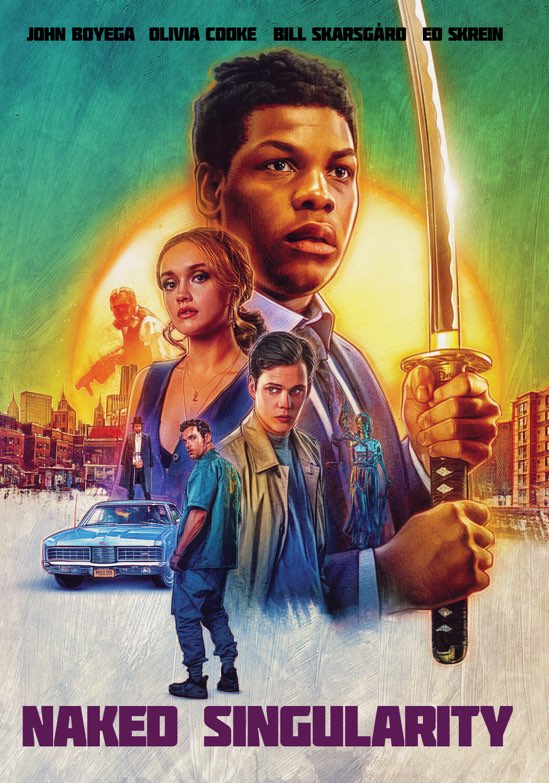