Review: 'The Green Knight' will change you

There are very few films that truly change you. Most of them these days merely seek to entertain you for a couple of hours and are forgotten by the time you make it back to your car.

The Green Knight is not one of those films.

No, the movie takes the audience on a visceral journey every bit as harrowing and enlightened as the one taken by Sir Gawain. Much like he did in his earlier directorial effort A Ghost Story, David Lowery presents a visually stunning film that is a pleasurable assault on all of your senses.

He presents a familiar tale in a way that most audiences will swear they've never seen before. His visual style is unique and as he continues to grow as a director, we can expect similar results as The Green Knight proves that A Ghost Story was no fluke.

An epic fantasy adventure based on the timeless Arthurian legend, The Green Knight tells the story of Sir Gawain (Dev Patel), King Arthur's reckless and headstrong nephew, who embarks on a daring quest to confront the eponymous Green Knight, a gigantic emerald-skinned stranger and tester of men. Gawain contends with ghosts, giants, thieves, and schemers in what becomes a deeper journey to define his character and prove his worth in the eyes of his family and kingdom by facing the ultimate challenger.

We've all heard and probably seen the tale of King Arthur and the Knights of the Round Table. Show us a picture of a sword in a stone and we will quip "Excalibur"!

That's the luxury afforded to a tale that has been told and re-told so many times that it has entered the modern lexicon. Heck, there's even a Disney animated film about it, but there's never been anything quite like The Green Knight.

No, as I started my own personal journey with the film (in a brothel no less!), I was immediately aware that this wasn't a Disney film. No, The Green Knight is raw both in emotion and setting to reinforce the idea that this isn't a glamorous, thriving kingdom, but rather one whose best days are behind it.

King Arthur is old and in poor health and his regaled knights are also getting long in the tooth and thick in the belly. When a mythical Green Knight is conjured up on Christmas for a beheading game, the older knights balk, but young Gawain steps up to make a name for himself.

As Dev Patel's character makes clear throughout the film, he's not a knight yet, but eager to prove his worth. The game is but the starting point on his own personal journey to becoming a knight worthy of inclusion at the fabled round table.

While Gawain's interactions with the titular character serve as distinct bookends for the film, the real meat of this story is Gawain's journey, both real and metaphysical. As a young man aspiring for knighthood Gawain is aware of the code to which he is supposed to live his life, but he's also human with vices and faults that define the human condition.

While it's always difficult to capture the spirit of a poem when transferred to the big screen, there are unique challenges with a 14th-century Middle-English chivalric romance. And yet, after doing some research, I was pleasantly surprised that not only did David Lowery stick to the main tenets of the source material, but even his more illusory elements and sequences are faithful to the poem.

Ultimately, the original poem is both a literal and spiritual journey of a man's ascension to his destiny. Gawain is destined to become a knight, but he must prove himself worthy of such a designation. Along the way, he will be tested and given that he's a man and not a deity, perfection is not expected. Gawain hits road bumps along the way and much like the original poem, he learns valuable lessons that will help him both along his journey and in his life after the game.

Dev Patel is a force of nature in this role. He's been lucky to have several standout performances in his young career, but this might be his best turn yet. Much like A Ghost Story David Lowery isn't afraid to use silence to help tell his story.

Much of Gawain's journey is a solitary one and few words are spoken and yet Dev is able to emote so much with just his expressions and body movements. This talent is immeasurable, but suffice to say that he has it in spades.

The other stand-out performance comes from Alicia Vikander in a dual role as a plain peasant girl and a Lady. She is darn near unrecognizable in either role and yet her presence jumps off the screen. The chemistry between her and Dev is undeniable and it leads to many very emotional sequences that deliver on their intended moments.

All in all, The Green Knight is not for everyone, but don't let that stop you in experience this remarkable film. It's a cinematic experience that continues to resonate in my brain almost a week later. Once it gets rooted in there, it will grow as will your appreciation for a young filmmaker just coming into his own.

The Green Knight is now available on 4K UHD, Blu-ray and DVD. 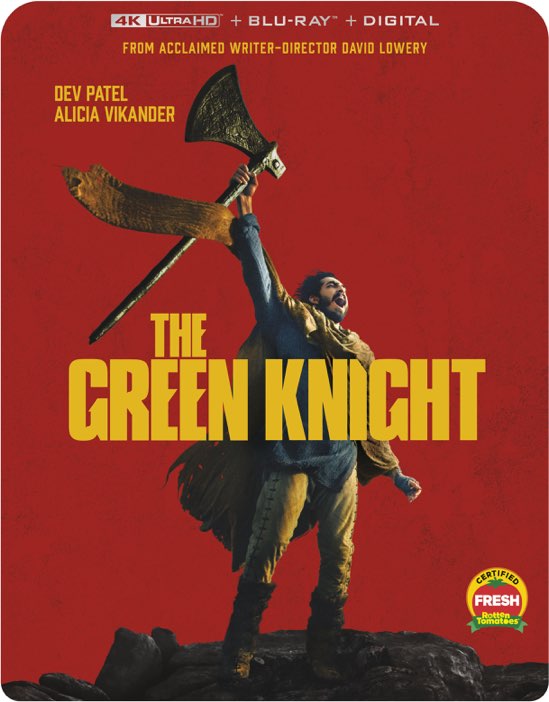 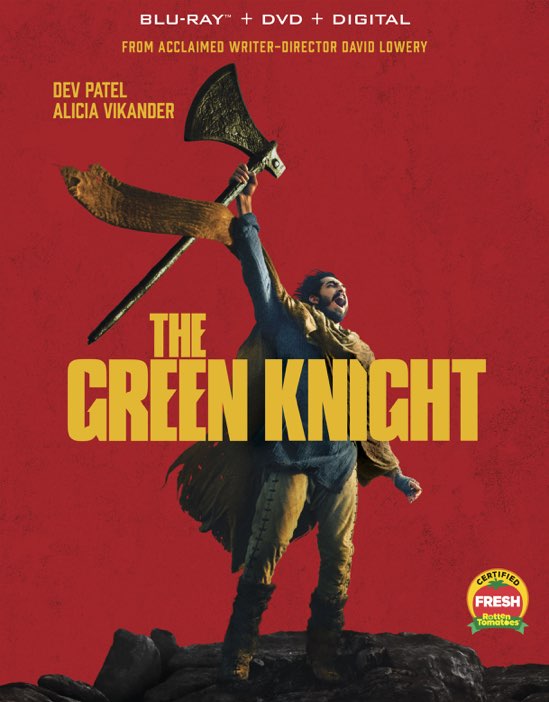 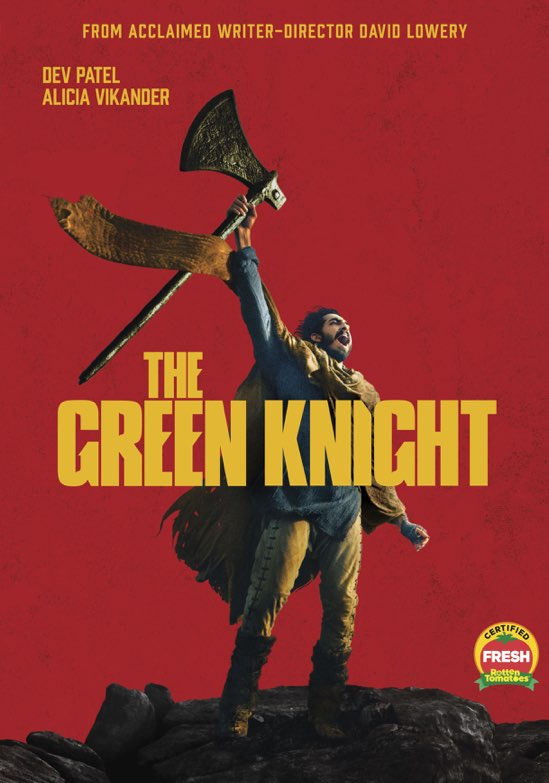